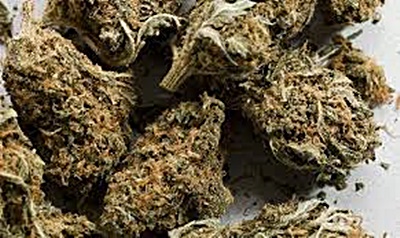 Police have confirmed that “Cripa” or “Creepy” the powerful marijuana strain grown from plants native to Europe and the USA, was recently discovered on the island, and two persons caught with the illegal drug will be going to court on Friday, 12 October 2018.

Police said they were taken into custody on Wednesday, 10 October 2018, after a search of a house at Woodlands, St George, in which they were the occupants. The immediate surroundings turned up a quantity of cocaine, cannabis (Creepy), 1 Israeli BUL-M5 9mm Pistol, 50 rounds of 9mm ammunition and 10 rounds of .38 hollow point ammunition.

According to internet search, compared to other strains of marijuana, “Cripa” or “creepy” marijuana has up to 20% higher levels of Tetrahydrocannabinol (THC), the active psychoactive ingredient in the plant. Cripa also sells for much higher prices on the Colombian market.

In the meantime, 2 Canadian citizens who appeared at the St George’s Magistrate’s Court on Thursday, 11 October 2018 following a drug bust at the Maurice Bishop International Airport (MBIA) have been remanded to Her Majesty’s Prisons.

Renee Eletia Ally, 24 years old, Waitress of Brampton, Ontario and Romario Washington Campbell, 23 years old, unemployed of Ajax, Ontario were apprehended on Monday, 8 October 2018, after quantities of cocaine were found in false compartments of their suitcases. They were at the time awaiting an outbound flight to Toronto, Canada.

Ally and Campbell have been charged with trafficking in a controlled drug and will reappear in court on Thursday, 18 October 2018.

NOW Grenada is not responsible for the opinions, statements or media content presented by contributors. In case of abuse, click here to report.
Tags: cannabiscontrolled drugcripalinda strakermarijuanapolicetrafficking
Next Post