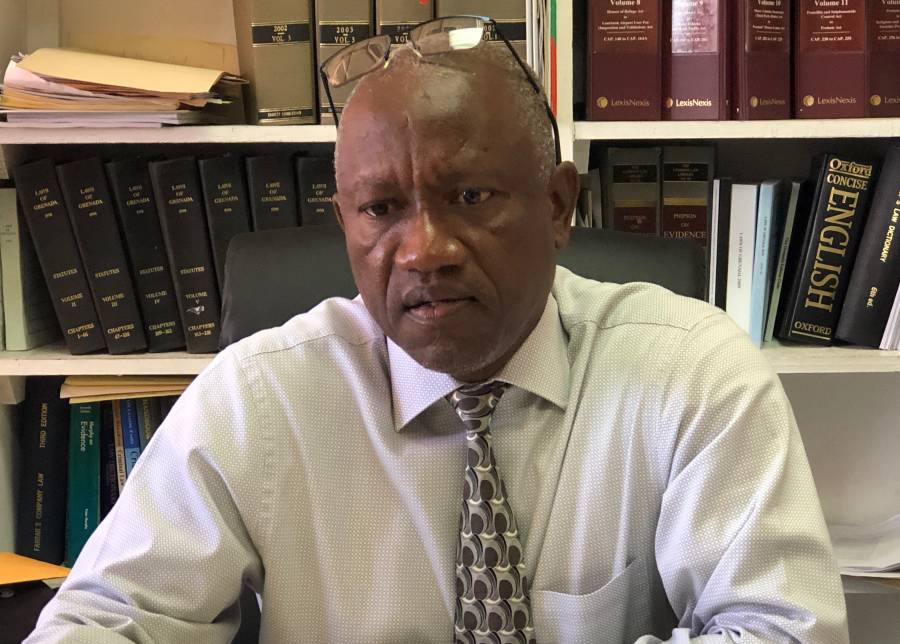 Christopher Nelson Director of Public Prosecution has stopped the private criminal proceedings filed against Anderson Peters and his brother Kiddon, by filing for a nolle prosequi. “This means that I will immediately file for a discontinuation of the proceedings. I will bring this to an end without prosecution.” Nelson explained that a private criminal proceeding is a rare approach to seeking criminal justice, but is available for citizens to use.

According to case number GDAMCR 1868/2022, Noel Cooper filed charges of Harm, Assault, Obscene, Abusive, and Insulting Language against Anderson Cooper. Charges of Harm and Assault were filed against Kiddon Peters.

However, in correspondence to the brothers on Monday afternoon, Nelson informed them that by virtue of Section 71 (2) (c) of the Constitution and every other power enabling him, he had decided to discontinue the matter.

That section of the Constitution states that the Office of the Director of Public Prosecution has the power “to discontinue at any stage before judgment is delivered any such criminal proceedings instituted or undertaken by himself or any other person or authority.”

Cajeton Hood lawyer for the 5 crew members of the Harbour Master accused of causing harm to the brothers, announced on Friday, 19 August 2022 that he will be filing private criminal proceedings against the brothers.

Hood is claiming his clients who had already pleaded guilty on Wednesday, 17 August 2022 were violated by Anderson Peters and his brother, which lead to a brawl onboard the vessel.

Four of the 5 Trinidadian crew members of the Harbour Master pleaded guilty to committing harm offences against Anderson and his brother Kiddon. Each fined EC$5,500 to be paid immediately or serve a prison term.

John Alexander, 55 years, Deckhand of Arima; Mikhail John, 35 years, Sailor of San Juan; Noel Cooper, 42 years, Captain of Gurpe and Sheon Jack, 28 years, Sailor of Cocorite on Monday, 15 August 2022 all answered guilty to the charge of Causing Harm and Grievous Harm to Anderson Peters and Kiddon Peters. Lance Wiggins, 45 years, Sailor of Cocorite who was facing the same charges, pleaded not guilty and the prosecution team then informed the court that they would not proceed with the matter.

The charges stemmed from a brawl onboard the Harbour Master involving the captain and his crew versus Anderson Peters and his brother Kiddon. Videos circulating on social media show Anderson being beaten and then thrown into the sea before law enforcement arrived on the scene.

Chief Magistrate Teddy St Louis before sentencing the men described the action of the crew as “excessive use of the force” on the brothers that cannot be justified, although they were request requested to leave the vessels.

Hood also told the media that he will be seeking to have perjury charges against the brothers. However, the DPP argued that the brothers did not give a sworn statement or provided statements under oath. “This is the foundation for filing a perjury matter,” he said.

NOW Grenada is not responsible for the opinions, statements or media content presented by contributors. In case of abuse, click here to report.
Tags: anderson peterschristopher nelsondirector of public prosecutionharbour masterkiddon peterslinda strakernolle prosequi
Next Post