Earth Day: We can tackle Climate Change together

Earth Day: We can tackle Climate Change together

This story was posted 2 years ago
in Environment, PRESS RELEASE
3 min. read

Statement by Ambassador Linda Taglialatela, US Ambassador to Barbados, the Eastern Caribbean and the OECS.

The celebration of Earth Day throughout the Eastern Caribbean has special meaning this year. The suffering of our neighbours in St Vincent and the Grenadines and on other impacted countries across the region due to the La Soufrière eruptions reminds us of the awesome power of our planet.

Though we cannot control a volcano, we can and must fulfill our collective responsibility to care for those parts of the environment that are under our control. Mitigating climate change will ensure that our planet continues to provide us with abundant sustainable resources, beauty, and joy. Our shared partnership in this effort stretches across political borders, oceans, and differences of language and culture.

Scientists have emphasised the need to limit the increase in planetary warming to 1.5º Celsius to stave off the worst impacts of climate change. Decisive action in the next decade is crucial to achieving this goal. The United States is committed to doing its part to keep our global 1.5º goal within reach. After rejoining the Paris Agreement, we have announced an ambitious emission reduction goal, or Nationally Determined Contribution (NDC). Going it alone is not enough, though, and so we are joining partners in the global community to raise our joint ambition. It is particularly important that countries responsible for a larger share of emissions commit to impactful NDCs.

Today and tomorrow, President Biden will be hosting a Climate Summit with 40 world leaders. The summit aims to encourage the major economies responsible for 80% of global greenhouse gas emissions to set ambitious targets for their reduction. The summit is also focused on mobilising finance to help vulnerable countries cope with the impacts of climate change. Prime Minister Gaston Browne is attending the summit as the chairman of the Alliance of Small Island States (AOSIS) and other Eastern Caribbean states will participate in virtual roundtables. After the summit is over, Special Presidential Envoy for Climate Kerry, a former Secretary of State and Senator, will continue to engage with countries around the world to encourage action on climate. In addition to our NDC, in the coming days the United States will announce green finance commitments, which will allow us to support crucial adaptation work even further. USAID already is supporting projects focused on early warning systems for natural disasters, comprehensive disaster management, and community resilience. In fact, this March I attended the handover event for drones which will help gather climate data and imagery, and which were already deployed to support the La Soufrière disaster response.

Eastern Caribbean countries have stepped up with ambitious NDCs even though they are more on the receiving rather than the emitting end of the problem. We are all impacted by the impacts of climate change. In the United States, our coastal communities, including in the Caribbean, make us share the Eastern Caribbean’s concerns about the immediate future if we don’t act now.

I look forward to working together with governments, businesses, and civil society groups in the Eastern Caribbean over this crucial next decade to curb warming and build a better, more sustainable future.

NOW Grenada is not responsible for the opinions, statements or media content presented by contributors. In case of abuse, click here to report.
Tags: alliance of small island statesaosisearth dayla soufrièrelinda taglialatelaparis agreementus embassyvolcano
Next Post 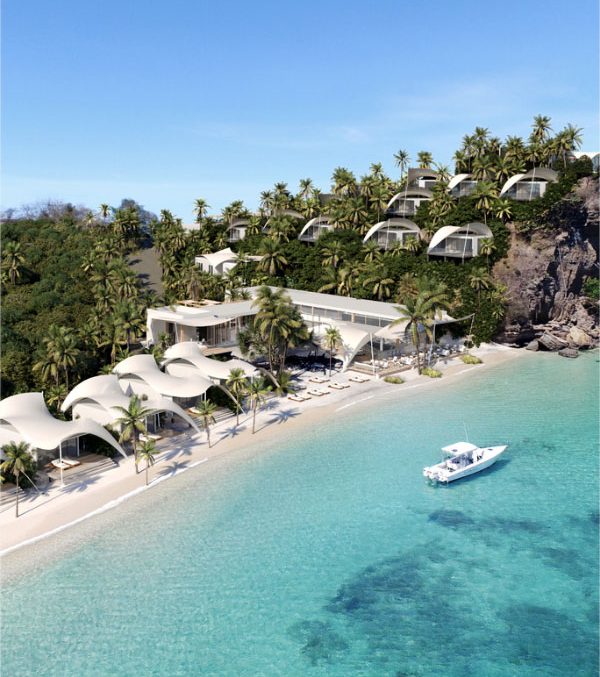 Launch of yet another hotel project