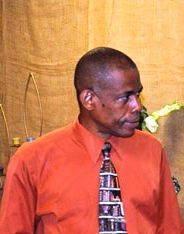 This story was posted 5 years ago
in Business, Politics
2 min. read

Ray Roberts, the immediate former labour representative in the Upper House of Parliament says that the action by the unions to demand more money from government is as a result of the state boasting about its good fiscal performance.

“The government has painted a picture of the fastest growing economy pie in the Caribbean and perhaps in the world. It is on that premise arguments are being made, in the case of the government the figures make them look tall and strong,” said Roberts during the main opposition National Democratic Congress (NDC) weekly Monday news conference.

“The question we must ask ourselves — and you in the media ought to investigate — is how factual is the message behind the picture? We in the NDC will love to see your analyses as well as independent facts, not just government reading diplomat letters from the IMF and world bank, selecting paragraphs and sections,” said Roberts who is the NDC candidate for the St George South Constituency for the upcoming general election scheduled to take place no later than mid-2018.

Roberts said that the consequences of government media hype regarding its economy pie-in-the-sky rather than being truthful to the nation, is that people today have greater expectations and are quite right to make greater demands based on what is being said to them.

“When the government chooses to make radio and tv commercials broadcasting growth and millions collected, you are creating the conditions for workers and others to make judgement and therefore demand much more. The unions are representing workers and the reality is workers in Grenada and much of the population are at their limit regarding the number of taxes,” he said without openly confirming that the NDC was in full support of the industrial action taken by government workers to stay off the job today.

The workers represented by the Public Workers Union (PWU) and the Grenada Technical and Allied Workers Union (GTAWU) stayed off the job today Monday, as a means of protesting a further EC$650 one-off payment for the period 2013 to 2016. The unions were asking for EC$2,000 but accepted EC$1,000 earlier in the year with an assurance from government that if the fiscal space allows, negotiations would continue in July.

The unions have since asked for a further EC$1,500 but the government is offering EC$650.

NOW Grenada is not responsible for the opinions, statements or media content presented by contributors. In case of abuse, click here to report.
Tags: economyindustrial actionlinda strakerpublic servicestriketaxunionworker
Next Post