One of the phrases that has gained currency in global politics, is “new world order”. But, often, one is left to wonder whether the “new” is reserved only for the developed nations; and it’s as if, lesser developed countries are being confined to the old “order”. This could be the only rationale for some of the behaviour we see emanating from the United Nations and the Organisation of American States (OAS).

Just imagine in 2016, the OAS is convening a meeting in Washington of its the Permanent Council headed by Secretary–General, Luis Almagro — as it did recently — that was encouraging the hemispheric body to support a recall referendum to remove Venezuela’s President Nicolás Maduro from office.

Really! In 2016, a group of people — mostly men — getting together in North America or Europe and deciding that a government or leader in Latin America or the Caribbean should be removed from office.

This hearkens back to the infamous OAS meeting of 21 January 1962, when the organisation — under pressure from the United States — suspended Cuba, who was a 1948 founding-member of the Organisation of American States. Cuba’s only crime was choosing a path of socialist economic and political development.

Ambassador Sir Ronald Sander of Antigua and Barbuda, speaking at the Washington OAS meeting on Venezuela, noted that despite the country’s troubles, the Spanish-speaking South American Republic “has an elected government and it has a National Assembly which was democratically elected”. He said that, “what is occurring in Venezuela is a struggle for power between several political factions”, adding that the convening of the OAS meeting was “deeply flawed and on questionable grounds”.

Venezuelan Foreign Minister Delcy Rodriguez didn’t mince words. “This is a coup that is being carried out in this organization to overcome the legitimate government of Nicolás Maduro,” she told the meeting. Rodriguez accused Almagro of manipulating the OAS to attack Venezuela.

All of this leaves the question of why action is never triggered at the OAS when there is domestic trouble in the US or Canada; for example, when African-Americans and their allies take to the streets in their thousands to protest police killings of unarmed black civilians; and when the cops respond with military-style hardware in black communities, ostensibly to keep the peace. The OAS did not convene a meeting, either, when cracks appeared in Canadian society over the referendum in Québec when the French-speaking Province of Québec was threatening to separate from the rest of Canada.

In other words, OAS history has shown there generally is one set of rules for member to the south and another set for members to the north — the US and Canada.

The United Nations also leaves us puzzled on many occasions. Take, for instance, the International Court of Justice (ICJ), the UN’s principal judicial organ that is based in the Netherlands. No matter what war-crime allegations or accusations of atrocities are leveled against leaders of nations such as Britain and the US, they never are hauled before the ICJ; leaders such as former British Prime Minister Tony Blair and former United States President George. W. Bush, who both were instrumental in the 2003 invasion of Iraq that has left hundreds of thousands dead.

The list of those the ICJ has opened investigations into are: the Democratic Republic of the Congo; Uganda; Central African Republic I and II; Darfur, Sudan; Kenya; Libya; Côte d’Ivoire; Mali; and Georgia. Additionally, the ICJ’s Office of the Prosecutor is conducting preliminary examinations in eight matters in Afghanistan, Burundi, Colombia, Guinea, Iraq, Nigeria, Palestine and Ukraine.

So, just as the OAS, the ICJ seems to be cherry-picking in compiling its list of good guys and bad guys.

And, a word from Caribupdate Weekly on Brexit — Britain’s 52% vote last week to exit from the European Union (EU). The jitters the British decision has unleashed could be seen and heard from global experts in trade, investment, finance and politics. And, clearly, there will be consequences for Grenada and other Caribbean nations, who depend on UK and EU financial aid. The extent of the effect on us, we now do not know; it’s only a subject of speculation at this point.

But there are two other aspects of Brexit that we would like to address. First, Britain and other European nations spent centuries marauding across the globe, occupying countries and dividing them up and creating artificial borders, which have left lingering race and cultural tensions in Africa, the Caribbean and the Middle East. It is ironic that today, the UK and Europe themselves are now struggling with unity issues and ethnic and regional tensions; and a driving force behind the successful “leave-the-EU” vote was concern over immigration by Britons, particularly older folks living in more rural areas. Now, they must know a little bit of how the people of the Third World felt under colonial rule, when they had no control over immigration and when their countries were being divided like pork chop.

And, second, if Caribbean countries ever needed another nudge, letting them know they have to move with more dispatch and alacrity in diversifying their economies, and to be more creative and collaborative in tackling the region’s problems, instead of relying too heavily on outside assistance, then Brexit must be that wake up call.

With their current troubles, the UK and the EU will have little time to be concerned with the issues affecting Caribbean nations. And no amount of hand-wringing, and statements of consternation and shock from the region about Brexit, is going to change that.

As well, as we have said in a previous editorial, don’t hold our collective breath that much development assistance, from the US to the region, will be forthcoming from either a President Donald Trump or a President Hillary Clinton.

Our time will be better spent, in the next few months and years, trying to get our act together as a country and a Caribbean community.

NOW Grenada is not responsible for the opinions, statements or media content presented by contributors. In case of abuse, click here to report.
Tags: brexitcaribupdateeueuropegovernmenticjoasukusavenezuela
Next Post 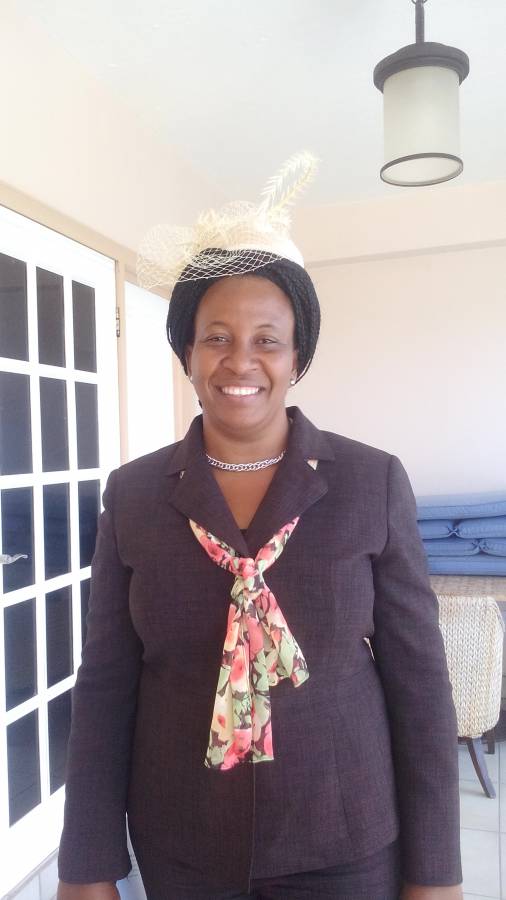 New Senator to Encourage Youth to Pursue The Grenadian Dream