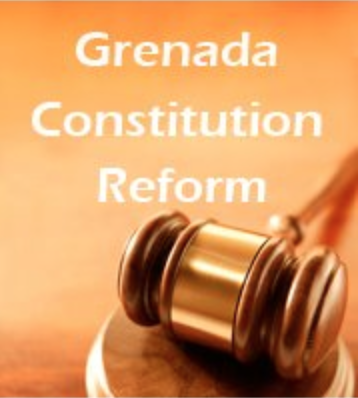 This story was posted 10 years ago
in OPINION/COMMENTARY
7 min. read

It is understood for persons to hold the view that the leading slogan “We Will Deliver” in the election campaign of the New National Party (NNP) for the 2013 National Election in Grenada, strongly brought the party under Dr. Keith Mitchell into Government with an overwhelming mandate to deliver, at least, what are officially documented in its manifesto. Considering that Dr. Mitchell has over three decades as a parliamentarian, that his NNP formed the Government continuously for three terms and that its recent position in Opposition for almost five years has given it a “renewed, clear and focussed vision”, with a ‘change for betterment’, no one should doubt the capacity and experience of this NNP’s Government to deliver, nor should anyone make excuses or sympathies for it not able to deliver; the ‘serious promises’ made cannot be taken as ‘reckless, unrealistic and rhetorical’. However, the Administration must be prepared to take full responsibility for whatever results.

A prominent subject highlighted in the NNP’s manifesto is Constitutional and Legal Reforms. The manifesto proposes to establish a Law Reform Commission and a Select Committee of constitutional law experts and other experienced personnel, charged to accomplish these reforms. This inclusion has been informed by the definition and objectives of the “New Economy” being promoted by the NNP for Grenada. But; how are these old spoken issues of Reform relate to and will bring success for this New Economy? What are the priority and timing for the execution of these reforms; are both to be implemented concurrently, or which one influences or depends on the functioning of the other? Will the process waxed Political Power and entrenched Democratic Dictatorship?

In a demonstrated effort to deliver on election promises, the NNP’s Government expressed its commitment to Constitutional Reform, in the Throne Speech delivered on 27 March 2013 to Both Houses of Parliament on the opening of the First Session of the Ninth Parliament. Governor–General Sir Carlyle Glean stated: “within the first two years of this Administration, the Review Commission will be reconstituted and a referendum will be held. The areas of focus will include Grenada’s accession to the Caribbean Court of Justice as Grenada’s final appellate court.” This statement gives two significant conclusions; Constitutional Reform will precede Legal Reform and emphasis will be on replacing the English Privy Council with the Caribbean Court of Justice (CCJ). With this clear case, how does it speak to the lingering troublesome governance issues of practising democracy, respecting the dignity of every person, delivering social services to the people, and fostering sustainable development of the nation? In particular, is the accession to the CCJ mean responding to the need for “urgent and decisive action, if we are to pull our country back from the brink of catastrophe”, as articulated in the NNP’s 2013 manifesto?

There is no direct and explicit mention or indication of the CCJ in the NNP’s manifesto. The declaration then in the Thorne Speech on the CCJ could be seen as a proof of the ‘deceitfulness of politicians’ and may even explain why the masses are cynical about Caricom and its CCJ. An astute citizen would infer that there seems to be a conspiracy against the people of the State, although others may say that it is all about ‘sensible political ploys’; not to raise publicly the controversial issue of the CCJ before the Party gets into Government. In fact, the manifesto considers the key areas for Constitutional Reform as citizenship and nationality, regulation of Parliament, executive powers of Cabinet and an Electoral Commission, and itemizes some interesting and worthy legal, court and registry matters purported to be attended to under Legal Reform; but it fails to reflect any intention or resemblance of the CCJ to the electorate. So, what is the source and motive for this ‘error’?

Appropriate Legal Reform is imperative, crucial and relevant. It would have meaningful impact on the masses, responding to their long-outstanding cries for equity. Whilst in principle Constitutional Reform would be a desirable undertaking, it will take much more requirements, intricacies and efforts to implement than Legal Reform; demanding greater resources and finances, strategic and procedural arrangements, and institutional and educational measures. Constitutional Reform is not a trivial, casual, superficial and emotional matter.

Legal Reform should take a broad view of the entire Legal System, which incorporates the laws and regulations, structures and institutions, procedures and executions and the Ethics, and Codes of Professional Conduct. The deficiencies and limitations, ineffectiveness and inefficiency and the irregularities and abnormalities which are prevalent in the System, warrant redress. The administration of Justice is filled with delays, outdated laws, obstructions and frustrations, insider-trading, and technicalities which renders no ‘pride and joy’ for the ordinary man. Enforcement of laws as well as penalties for crimes is in lacking, as is evident with the apparent impotence of the 2010 Domestic Violence Act which, although purports to attend to abuses especially sexual offences to women and children, did not have the weight to prevent the dismissal of an alleged charge.

The NNP Government would feel bold and comfortable to pursue accession to the CCJ in any ad hoc manner, on the basis of its full mandate in Parliament and the perceived favour of the people for the Administration. It will also angle its pursuit on the support of certain professional and institutional persons who are for the CCJ and of course on the similar sentiments of the governments of Trinidad and Tobago (T&T) and Jamaica (JA) to turn to the CCJ. Moreover, Prime Minister Mitchell will leave no stone unturned in meeting his election utterances on his autobiography and would wish to include transition to the CCJ in ‘completing the break’ with Colonialism and Slavery. However, the general population must not allow itself to be led blindly with political persuasions. In fact, public officers must be especially mindful that the CCJ might collude with the politicians to uphold their Pensions Disqualification, considering that a written judgement on a pertinent court trial is overdue for release.

Grenadians must understand the much more complexity of Grenada’s situation, as is with St. Vincent and the Grenadines and maybe the rest of the Eastern Caribbean, to that of T&T and JA. It is good that the Government acknowledges the requirement for a referendum to effect Grenada’s accession to the CCJ, which apparently is not a stringent constitutional requirement for the two referred countries. Yet, the CCJ issue continues to be a governance nightmare and political dilemma for T&T and JA, even when their prime ministers were hoping in 2012 that on the fiftieth Independence Anniversary there would be a ‘total break’ with Britain. Now; removing the symbol of the Queen from the various institutions of the Eastern Caribbean countries has heavy implications and this includes producing new monetary currencies, but T&T and JA already have this matter settled. It must be recognised further that both countries are much bigger in size, population, economic scale, manufacturing and productions capacity, natural resources, and budgetary and fiscal standings. Guyana should be a case-study on the way forward; like T&T and JA it has great resources and land and although it does not have the Queen Monarchy and Privy Council issues to address, gross economic, social and governance problems persist there.

Constitutional Reform will set new challenges, and not necessarily new avenues and opportunities, for Grenada. To focus on the CCJ and not on local Legal Reform is unfortunate; serving the wide political system with its ‘elite status-quo’ in the Region and not to the benefit of the various peoples. Judging the Integrity of the programmes and implementations of the regional institutions, at least those dealing with Education and Finance, should provide useful lessons on the expected ‘quality and value’ of the CCJ. It should be intriguing but sad to know that more public debts, in the name of the people, will be incurred to undertake ‘misguided projects’; instead, the Political Leadership should aim to liberate the masses and pertinently to educate them on their rights and on the options and circumstances for litigations (civil, criminal, class suits, appeals, mediations, as the case may be).

NOW Grenada is not responsible for the opinions, statements or media content presented by contributors. In case of abuse, click here to report.
Tags: ccmconstitutioncouncilprivyreform
Next Post