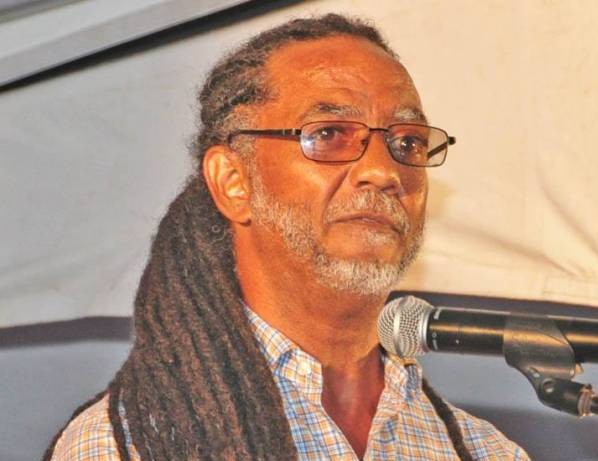 This story was posted 2 years ago
in Business
2 min. read

Kennedy Roberts, Deputy Chairman of the main opposition National Democratic Congress (NDC) is convinced that Government’s announcement that the funds used to repurchase the majority shares in Grenlec from WRB Enterprises is not from the consolidated funds, but another form of source that Government is yet to declare to the people.

“For the 2 ministers to come and blatantly tell the people the money came from the capital budget and they had the authority to spend it, is again showing that they are not in tune with reality. They are creating the alternative facts and what I want to do here is to very briefly show you in a more detailed way what the government is lying to us about,” Roberts said in a virtual news conference on Monday, 4 January 2021.

“It is highly possible that they might add some additional revenue under the National Transformation Fund, because this agreement was dealt with in the last three days of 2020. It is possible that they might have sold some land somewhere and some revenue came in to pay that, but based on the information presented in the 2020 and 2021 budgets there is no way that the Government could have used or moved around money.”

Roberts used the occasion to share details of Government’s spending for the 2020 budgetary allocations. “In terms of the capital budget that was presented in 2020 and again reflected in the 2021 estimates, it shows there was a total amount of EC$231.5 million budgeted to be spent on capital programmes of which EC$122 million was actually spent, leaving a balance of EC$113 million that was not spent based on what was budgeted,” he said.

“Yes, there were things that were not spent on, but you cannot get more than EC$113 million of unspent funds in the capital budget. So, what is expected then, is that the Government must have received that additional monies from somewhere and it must be reflected somewhere in the budget,” he suggested.

Last week Monday, Government confirmed that it had complied with a tribunal award after WRB Enterprises’ legal team successfully argued before the International Centre for Settlement Investment Disputes that certain clauses in the 2016 Electricity Supply Act will negatively impact its financial operations.

The tribunal’s judgment which was delivered in March 2020 gave the Government up to 29 December 2020 to settle the repurchasing of majority shares and other fees which tallied US$75 million. The Government was, however, able to settle a final payment of US$63 million.

Oliver Joseph who was part of the negotiating team said that US$60 million was immediately paid with the remaining US$3 million to be paid over a 2-year period.

NOW Grenada is not responsible for the opinions, statements or media content presented by contributors. In case of abuse, click here to report.
Tags: grenleckennedy robertslinda strakernational democratic congressndcoliver josephwrb enterprises
Next Post