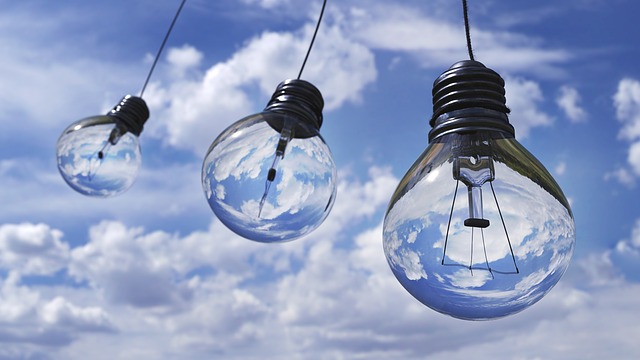 This story was posted 2 years ago
in Business
4 min. read

The American company chosen in 1994 by the Government of Grenada as the strategic partner for the privatisation of Grenada Electricity Services (Grenlec), is no longer the majority shareholder. It has resold its shares to Grenada’s Government following its victory in the International Centre for Settlement of Investment Disputes.

The dispute was triggered after the Houses of Parliament approved the 2016 Electricity Supply Act, the outcome of a World Bank project involving Grenada and St Lucia. The objective of the project was to establish and operationalise a regional approach to the development of the electricity sector. At its conclusion in 2019, the project was described as “moderately unsatisfactory” according to the World Bank’s Implementation Completion and Results Report published in 2019.

“WRB Enterprises (WRB) and Grenada Private Power Limited (GPP) today announced it had executed a Settlement Agreement with the Government of Grenada, effective 24 December 2020. Under that Agreement, WRB/GPP and related parties transferred their majority stake in Grenlec to the Government in exchange for the payment of US$63 million, thereby making the Government of Grenada the majority shareholder of Grenlec,” said a news release from WRB Enterprises dated 28 December 2020.

“While we are sad to exit our investment in Grenlec, we are proud to have transformed it into a world-class utility system: one of the best-run utilities in the Caribbean,” said G Robert Blanchard, Jr., Chairman and CEO of WRB Enterprises and Chairman and Managing Director of GPP. “We leave our involvement in Grenlec comfortable in the knowledge that the team in place today is capable of continuing to bring the utility forward at the highest level possible.”

Government’s repurchase of WRB/GPP’s shares in Grenlec was based on a Share Purchase Agreement (SPA) entered into in 1994 by the then Nicholas Brathwaite led National Democratic Congress (NDC), which was voted out of office in 1995.

According to the release, Government’s enactment of the 2016 Electricity Supply Act triggered the repurchase event under the SPA and left WRB/GPP with no choice but to proceed with arbitration. “Fundamentally, the Parties clash over the proper characterisation of the GRENLEC investment. The Claimants consider it a straight forward commercial investment whose terms were fairly negotiated and which the Claimants are entitled to enforce. If the Claimants are now entitled to compensation in excess of fair market value (which overpayment is denied), so be it. A deal is a deal,” said the Tribunal in its final award document.

“The Claimants say their stewardship of GRENLEC has benefited Grenada and they are entitled to their entitlements. The Respondent NNP Government, on the other hand, considers the Claimants to have been poor corporate citizens. The Claimants sought at all times to maximise their return on investment with little regard for meeting GRENLEC’s capital investment needs or the wellbeing of the island economy (including, in particular, the Claimants’ persistent failure to develop Grenada’s ample renewable energy resources),” the award document said.

“We would have preferred to stay and continue our involvement for another quarter-century; however, Government’s unwillingness to work in a collaborative process – despite our numerous attempts – prevented us from moving forward together constructively,” said Blanchard. “We want to stress that WRB/GPP never sought this path, and we would have preferred to continue our work in Grenada. Our mission and focus have always been to serve in the best interests of customers, employees, shareholders, and all Grenadians who depend on Grenlec for safe, reliable, and efficient electricity services.”

With the repurchase of the shares by Grenada’s Government, WRB Enterprises no longer has energy business in the OECS. It sold its Acquisition of Dominica Electricity Services (Domlec) in 2014 which it had purchased in 2004.

It must be noted that on 31 December 2012, then Finance Minister Nazim Burke announced in a news conference that WRB Enterprises had planned to give up ownership of Grenlec to a Canadian company which presently owns majority shares in Light & Power Holdings of Barbados, the electricity company which supplies electricity on the island.

The Grenada Government has not made a pronouncement on the repurchase agreement.