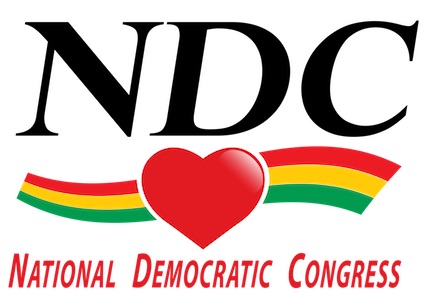 This story was posted 3 years ago
in Politics, PRESS RELEASE
3 min. read

The National Democratic Congress (NDC) held its annual Convention on Sunday, 3 November 2019 during which a new executive committee was elected headed by Franka Alexis–Bernardine as political leader.

We of the NDC stand firmly behind our new leader as we struggle together for a better life for all of the people of Grenada, Carriacou & Petite Martinique.

During the proceedings, party delegates presented two resolutions that were unanimously passed. The first resolution concerned the current industrial impasse between the Government of Grenada and the Technical & Allied Workers’ Union and the Public Workers’ Union (TAWU/PWU), relating to negotiations for salary increases for the period 2020-2022. The second resolution concerned the Citizenship by Investment (CBI) Programme and how persons acquiring citizenship under that programme can impact the results of future general elections.

According to information released to the public, the joint negotiating team of TAWU/PWU submitted written proposals to government on 29 July 2019 ahead of the deadline for so doing. In response, instead of a written counterproposal, government made an oral counter proposal at the first meeting of the parties on 12 September 2019. This counterproposal was miles apart from the unions’ and the unions felt it was done reluctantly. The NDC is of the view that the cavalier treatment of such a serious issue by government, in not submitting a written counterproposal within a reasonable time, was not only unbecoming but set an early sour flavour to the negotiation process.

Then on 8 October 2019, at only the third meeting of the parties, Minister Oliver Joseph, without warning, usurped the position of Beryl Isaac, and presented himself head of the government negotiating team. He then further, in bad faith, surprised the unions by, in their view, prematurely declaring a deadlock in the negotiations.

The unions are insistent that agreement can be reached and that government has not replied to their second proposal where they significantly reduced their asking sum. To them, negotiations are not exhausted.

The NDC considers the conduct of the minister and his administration to be highhanded and unduly aggressive. Rather than being bullied, the workers of our country deserve to be treated with respect. Furthermore, continued industrial impasse will only serve to reduce productivity and hurt our economy.

In keeping with the mandate of the delegates contained in the resolution, the NDC therefore hereby condemns the highhanded, premature and unilateral declaration of deadlock by the minister and calls for an immediate withdrawal of same.

The NDC also calls on the government negotiating team to submit a written improved offer to the unions that will bring the parties closer to finding common ground.

Further, the NDC strongly encourages the parties to return to the negotiating table and urges government to at least attempt to do so in good faith, so as to arrive at an amicable resolution in the interest of good industrial relations and for the peaceful and orderly governance of the country.

In keeping with the second resolution passed by party delegates, the NDC calls on government to pass an amendment to the CBI law that will reinstate the original provision that required publication of the names and nationalities of all persons acquiring Grenadian citizenship under that law. People wishing to conduct legitimate business in our country ought not to be afraid to have their names made known to other citizens of Grenada.

It is of critical importance that our electoral process is not unduly and negatively influenced. Therefore, to ensure that our elections are not determined by people who, although are citizens, have no connection to Grenada, the NDC now calls on government to table an amendment to the Representation of the People Act (electoral law) that will require all persons acquiring citizenship by registration, to reside in Grenada for at least 6 months before becoming eligible to be registered to vote.

The NDC demands that these changes to the law must be in effect before another general election is held in Grenada. 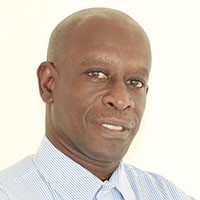