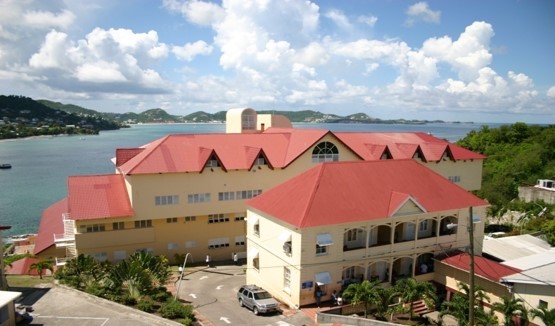 Oxygen system at General Hospital restored after 2 years of inactivity

Oxygen system at General Hospital restored after 2 years of inactivity

This story was posted 3 years ago
in Health
3 min. read

Describing repairs to the oxygen system at the General Hospital as an “unexpected side benefit,” Health Minister Nickolas Steele said on Saturday that he is very happy the oxygen facility at the General Hospital is functioning again after 2 years of inactivity. “This is one unexpected side benefit that we truly appreciate from the crew of the USNS Comfort. We are most thankful to them for repairing the plant.”

Steele endorsed a statement from the US Embassy in Grenada which claimed the teamwork displayed by the USNS Comfort’s crew in partnership with the technicians at the hospital is the reason they were successful and a true testament to what is possible when Grenada and the United States work together.

The USNS Comfort began offering medical services to the public last Sunday and was notified by US Embassy personnel that the Director of Hospital Services for the Ministry of Health, Dr Carol McIntosh had an emergency need for oxygen at Grenada’s General Hospital in St George’s.

“Their oxygen-producing capability had not been running for approximately 2 years and they relied on tri-weekly shipments of bottled oxygen from Trinidad in order to meet the needs of their patients. Unfortunately, the routine shipment scheduled for delivery was delayed, heightening the risk for patients at the hospital,” said the statement from the embassy.

Elaborating further, the statement said that when Captain Amersbach, the Commanding Officer of the USNS Comfort Military Treatment Facility (MTF) was notified of the situation he directed Lt. Andy Muscarello, the MTF Operations Officer, and Senior Chief Machinist Mate William Mills to begin working through the technical and logistical issues to get the oxygen ashore.

Their efforts, in collaboration with the civilian mariners aboard the ship, resulted in the delivery of eight large oxygen cylinders to the General Hospital. While at the hospital, the team, again led by Muscarello and Mills, met with Dr McIntosh and the hospital technicians and assessed the plant to potentially provide repairs or at least suggestions on replacement parts.

During the evaluation, it was determined that multiple leaks in the system were causing the plant to malfunction. “As it was getting late, the team had to return to the ship but planned to return the following day to work with the technicians in hopes of repairing the oxygen production plant. The next morning the USNS Comfort was told that the oxygen shipment from Trinidad and Tobago was further delayed so the team delivered an additional eight oxygen bottles to the hospital,” explained the release.

“While there, the team began efforts to repair the system which included taking an air dryer and coils from the hospital’s second non-functioning system, brazing the parts in place, charging the system with refrigerant, and then attempting to start the plant. More work was required which continued on until the next day,” said the statement which confirmed that the plant began producing oxygen on 19 September.

“Finally, and after great effort, on Thursday, 19 September, the plant was started and within 40 minutes the system was generating 97% pure lifesaving oxygen,” the embassy said.

NOW Grenada is not responsible for the opinions, statements or media content presented by contributors. In case of abuse, click here to report.
Tags: andy muscarellocarol mcintoshhospitallinda strakernickolas steeleoxygenusns comfortwilliam mills
Next Post