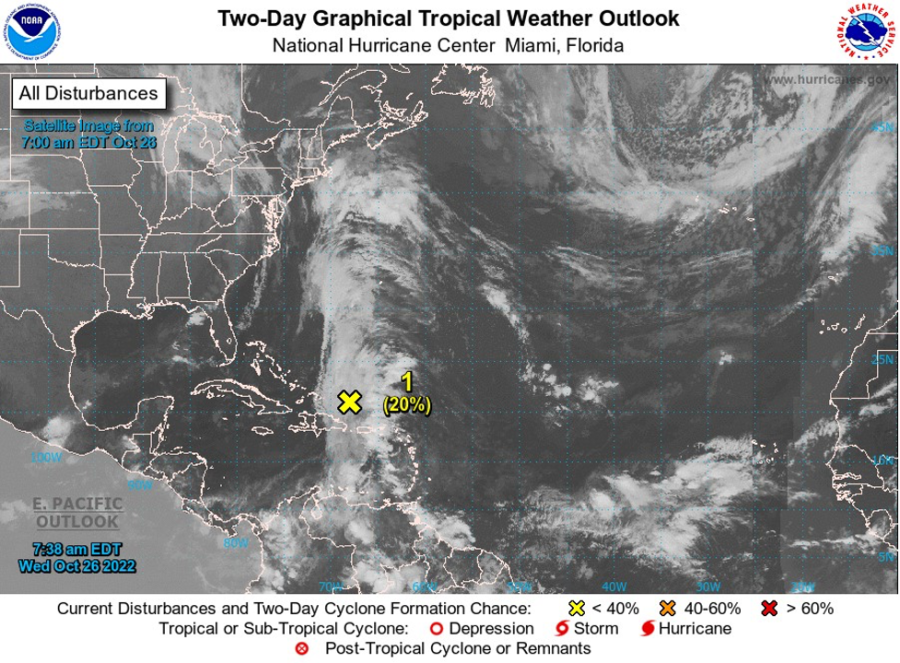 A tropical wave is over the eastern Caribbean with axis along 65°W, approximately 195 nautical miles west of Grenada. It is moving westward near 15 knots. Overnight observations showed a sharp surface trough associated with the wave. Scattered moderate to strong convection is seen within 120 nautical miles either side of the wave axis and has begun to increase to the NW of the wave across the Virgin Islands and eastern Puerto Rico.

Within the next few hours, cloud development and precipitation to the east of this wave are expected to impact Grenada. While model guidance is not in agreement about the time and intensity of the expected conditions, the Met Office has issued a warning for a low chance of flooding during the daytime on Wednesday. A marine advisory is also in effect due to agitated seas from above-normal NE’ly swells and winds may become gusty in and around showers.

A trough of low pressure stretching from the central Caribbean northward to the southwestern Atlantic continues to produce a broad area of disorgansed showers and thunderstorms. Environmental conditions appear conducive for some gradual subtropical development of this system over the next few days while it drifts northward. The system is then forecast to meander over the subtropical western Atlantic to the west or southwest of Bermuda. Upper-level winds are forecast to become less conducive for development by the end of the weekend. This system has a low chance of becoming a tropical cyclone within the next 48 hours. Regardless of its development, this system poses no threat to the State of Grenada.

An area of low pressure could form over the eastern Caribbean Sea this weekend. Environmental conditions are forecast to be conducive for gradual development as the disturbance moves generally westward or west-northwestward into the central Caribbean early next week. This system has a near-zero chance of becoming a tropical cyclone within the next 2 days (48 hours) and a low chance, 30%, within the next 5 days.

The Meteorological Service will continue to monitor the progress of these systems and provide updates in a timely manner.

Elsewhere, tropical cyclone formation is not expected. The next update will be issued at 2 pm. 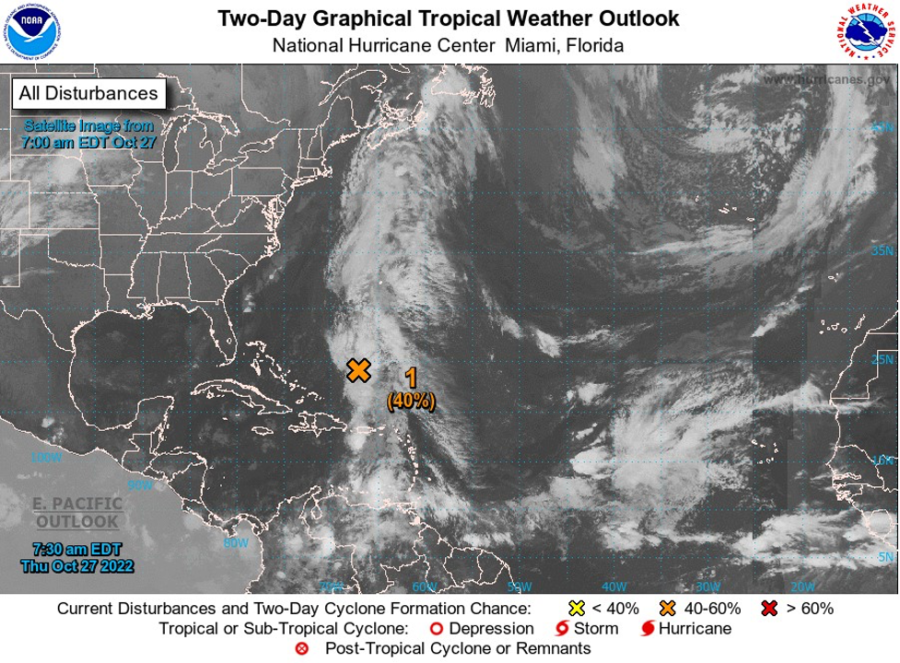