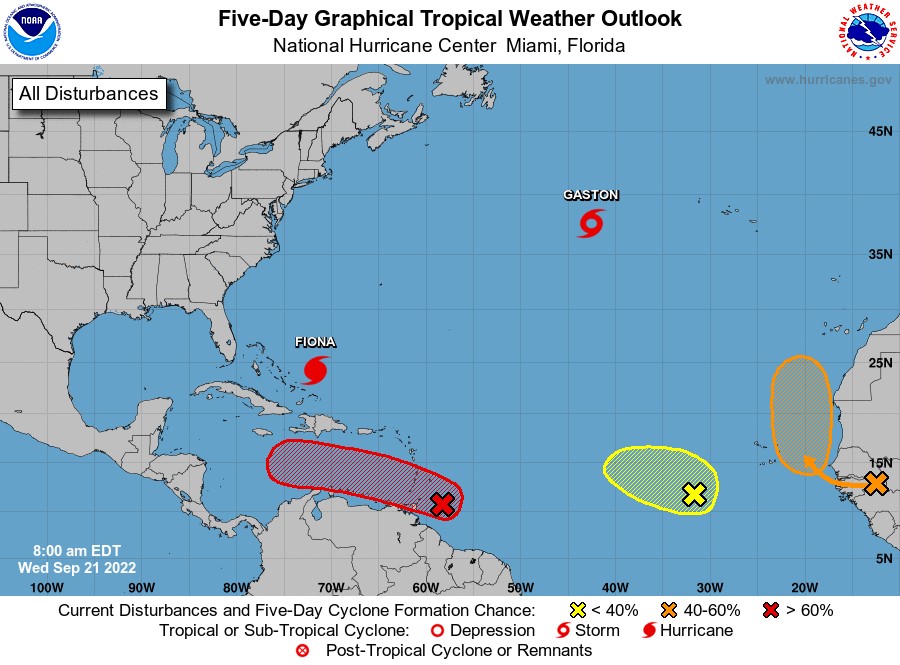 A tropical wave is producing shower and thunderstorm activity about 200 miles hundred miles east south-east of Grenada. The system continues to show signs of organisation, and it will likely become a tropical depression within the next couple of days. The disturbance is forecast to move west-northwestward across Grenada and the southern Windward Islands today and then move toward the central Caribbean Sea later this week.

Heavy rainfall and gusty winds are expected to affect the islands. Regardless of development, heavy rainfall is forecast to affect northwestern Venezuela, northeastern Colombia, and the ABC island chain later this week.

A tropical wave is forecast to move off the west coast of Africa on Thursday. Thereafter, environmental conditions are forecast to be conducive for some development, and a tropical depression could form this weekend while the system moves slowly northward, between West Africa and the Cabo Verde Islands.

Shower and thunderstorm activity has increased in association with a tropical wave located several hundred miles west-southwest of the Cabo Verde Islands. Despite a dry environment, slow development of this system is possible over the next several days as it moves northwestward and then westward over the tropical Atlantic.

A Caribbean Sea tropical wave has its axis near 65°W/66°W, from 18°N southward to southern Venezuela, moving W at 15 kt. Isolated showers are within 60 nm either side of the wave axis south of 13°N.

At 8 am EDT (1200 UTC), the eye of Hurricane Fiona was located by an Air Force Hurricane Hunter aircraft near latitude 24.2°North, longitude 71.7°West. Fiona is moving toward the north near 8 mph (13 km/h). This general motion is expected to continue through this evening. Maximum sustained winds are near 130 mph (215 km/h) with higher gusts.  Fiona is a category 4 hurricane on the Saffir-Simpson Hurricane Wind Scale.

At 9 am, the centre of Tropical Storm Gaston was located near latitude 37.5°North, longitude 42.6°West. Gaston is moving toward the northeast near 16 mph (26 km/h). Maximum sustained winds have increased to near 65 mph (100 km/h) with higher gusts.

The Meteorological Service will continue to monitor the progress of this wave and provide updates in a timely manner.

Elsewhere, tropical cyclone formation is not expected during the next 2 days.

The next update will be issued at 2 pm. 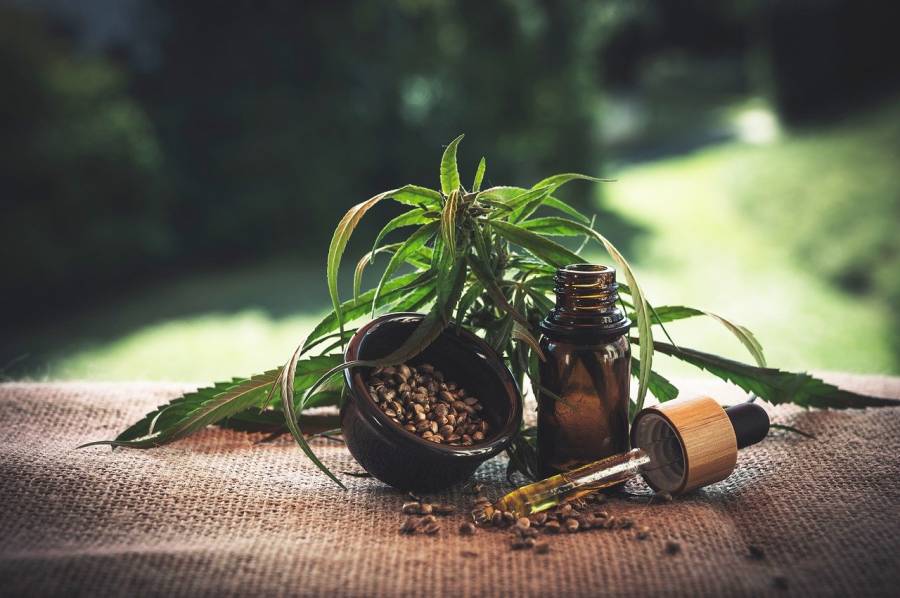