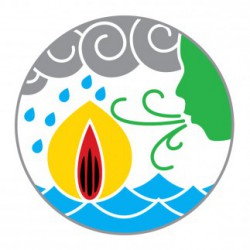 The message about the impact of Climate Change has always been one of “adaptation and mitigation.” On Tuesday, Grenada formally launched a programme that targets all of society with initiatives that will encourage people to adapt new habits and behaviours to better relate to the impact of climate change.

“Friends, we need to adapt today, because fortunately many of these negative impacts are manageable. We have to avoid the unmanageable and manage the unavoidable,” Prime Minister Dr Keith Mitchell told hundreds of persons gathered for the launch of the logo that will be used to identify Grenadapts, an outreach initiative of the Integrated Climate Change Adaptation Strategies (ICCAS) in Grenada.

The ICCAS project is funded by the German Federal Ministry for the Environment, Nature Conservation, building and Nuclear Safety under its International Climate Initiative. It is implemented by the Ministry of Agriculture, Land, Forestry, Fisheries and the Environment, the Deutsche Geselischaft fur Internationale Zusammenarbeit (GIZ) and the United Nations Development Programme (UNDP).

“The new logo,” Dr Mitchell said, “will help us to make climate change and our adaptation efforts more visible to everyone here in Grenada. Together with the proposed outreach campaign, I hope that fruitful discussions will be stimulated, which may lead to change in behavior and to concrete action. I call upon the schools, the churches, our community groups: Let’s get involved and start the dialogue.”

The government is currently developing two important documents under the ICCAS Project. The first is a Coastal Zone Policy and a Coastal Zone Management Roadmap. The second one is Grenada’s National Adaptation Plan to manage climate change in a more coordinated and strategic way.

Another activity under the ICCAS Project has been the introduction of the “Caribbean Climate Online Risk and Adaptation TooL” (CCORAL) here in Grenada. With this tool, civil servants, private sector and NGOs will be able to judge whether or not climate change has a negative impact on their planned activities, their proposed plans or legislation, and make decisions accordingly.

Head of the GIZ-ICCAS Dieter Rothenberger explained that GIZ is about integration not fragmentation, and that the goal of the ICCAS is to increase resilience of vulnerable communities and ecosystems to climate change risk in Grenada, through integrated adaptation strategies.

“Instead of only implementing isolated measures, the ICCAS programme offers an integrated approach by linking local activities with national policies and sector specific experiences with comprehensive intervention packages,” he said. “Grenada will be supported at multiple levels: from the national to the local, and across different climate sensitive sectors.”

Environment Minister Roland Bhola said that climate change poses the biggest threat to Grenada and other small islands as they put structures in place to develop and at the same time undertake practices aimed at reducing or eliminating some of the risk. “There is a very thin line between consumption and conservation, progress and protection,” he said, explaining that countries still have to fulfill the millennium goals such as reducing poverty and hunger.

“Therefore whatever we do to protect the environment for future generations must be done in a context of people not going hungry as we fulfill other initiatives aimed at improving and developing the lives of those who will be affected,” he said in his feature address.

Also addressing the launch was UNDP resident representative Lara Blanco, who said that Grenada is particularly vulnerable to the adverse effects of climate change as it stands to lose agricultural lands for food supplies, and up to 75% of Grand Anse beach, which is the hub for tourism activities.

The logo for Grenadapts was developed by AllyDay, a local public relations, marketing and advertising company. It will be used on billboards, bumper stickers and others activities associated with the project. Acting Permanent Secretary in the Ministry of the Environment Merina Jessamy said that the logo will become the symbol for Grenada Climate Change initiatives. “Wherever you see it, you will know that it’s sending a message about climate change,” she said.

NOW Grenada is not responsible for the opinions, statements or media content presented by contributors. In case of abuse, click here to report.
Tags: climatecoastenvironmentgizGrenadaptsiccaslogoprogrammeundp
Next Post 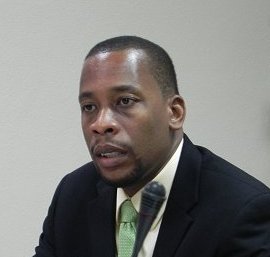