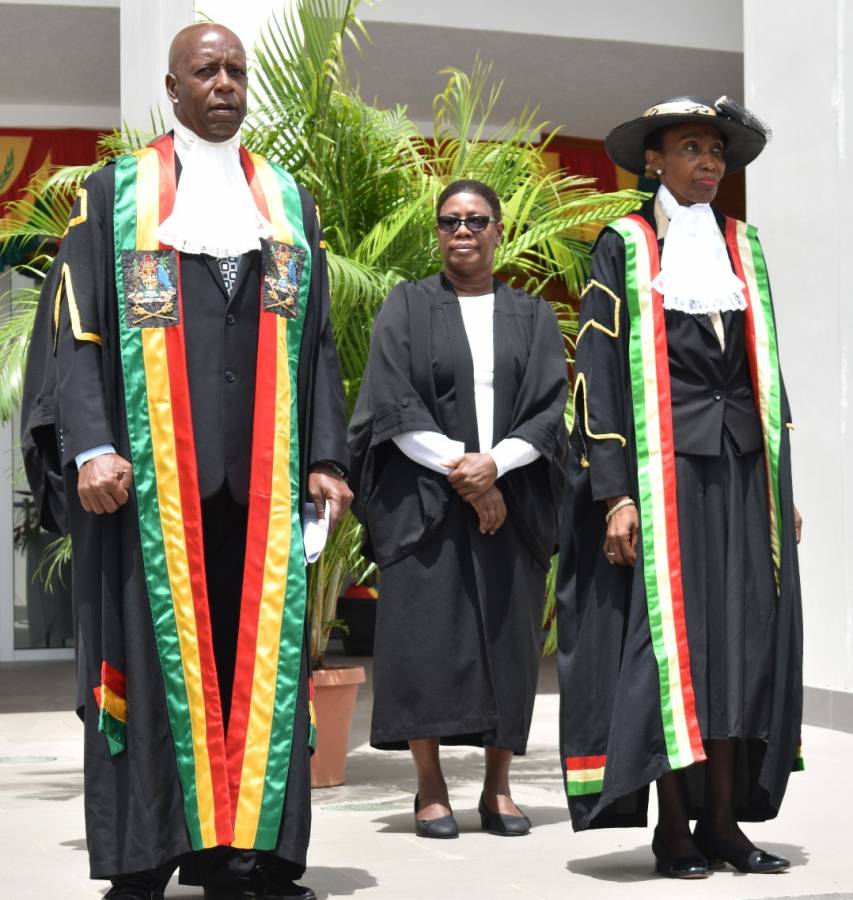 Grenada’s new Speaker in the House of Representatives Leo Cato was sworn in on Wednesday, 31 August 2022, succeeding former speaker Michael Pierre at the ceremonial opening of the 11th Parliament.

The Speaker is Parliament’s referee in the debating chamber, ensuring Members of Parliament (MPs) uphold the rules.

“It is new grounds having travelled in the field of Education all my life, and Agriculture to a lesser extent, but the House of Parliament is really new grounds for me, but I am up to the task, ready to learn, and it is just a call for me to give some more service to this dear land of ours,” Cato said.

A former public officer in the Information Technology (IT) division of the Ministry of Education, Cato is ready to raise the tone and level of debate in Parliament. “The fundamental role of the Speaker is to ensure that he or she adjudicates fairly and ensures that the best interest of the people of the nation is served. Every Speaker will be remembered for how he or she conducted the business of the House, and so I am approaching this new task with a clean slate. I am taking things as they come and will give it my best reasonable judgement.”

Dr Dessima Williams is the new President of the Senate, succeeding Chester Humphrey. Dr Williams served as Grenada’s Ambassador to the United Nations from 2009 to 2013 and as the Chair of the Alliance of Small Island Developing States (AOSIS) leading a 40-island global climate-change effort through climate change negotiations. She is also the founder and Director of the Grenada Education and Development Programme (GRENED), which works with rural, school-aged girls and boys and supports them as emerging leaders.

Dr Williams said her task is to ensure that common ground prevails between Government and Opposition in the Parliament for fair debates. “All sides of the Parliament should all agree that it is the future of Grenada that we are here to enhance and legislate for its betterment, so I look forward to that. I am a bit excited about the diversity of members of the Senate from where they come, so it is going to be a truly Grenadian process to bring about that harmony in the Senate.”

The Senate fulfils its role as the legislative arm of the Government by scrutinising bills and debating  legislation before it can become law.

Cato and Dr Williams were among the Lower and Upper House members who took their oath of office on Wednesday, 31 August 2022.

NOW Grenada is not responsible for the opinions, statements or media content presented by contributors. In case of abuse, click here to report.
Tags: curlan campbelldessima williamsleo catoparliament
Next Post