Ahead of the 2024 50th Golden Anniversary of Grenada’s Independence, the Willie Redhead Foundation (tWRF) is raising awareness of the need to improve the aesthetics of St George’s, the capital, by restoring and beautifying many of its historic buildings.

“St George’s has seen centuries of history, has seen colonial powers come and go, has seen the activism of the working class and the terrible events of the fall of the Revolution, but it’s a city that has become worn down,” said tWRF founder and architect, Norris Mitchell. “All of that history and the drama of the past are not being brought out or showcased as well as they should be and much of the character and the ambience of St George’s has been lost to careless development or to simple neglect and decay.”

The Foundation is calling on both the public and locally active corporations to help fund a major facelift of some key buildings and also of some areas including the restoration of the “Lily of the Valley” building on Market Hill, the repair of the Anglican church wall and railing, and the beautification of the Kirani James Boulevard.

One flagship project the Foundation is keen to see carried out is the re-installation of the iron balcony and awning on the building at the corner of Granby and Halifax Streets.

“The restoration of that historic balcony and awning would help restore the attractiveness of our historic capital at a critical time when we are getting ready to celebrate 50 years of our Independence,” says Mitchell.

“St George’s has been lauded, almost since its establishment, for its beauty but the features and characteristics which made it so picturesque are slowly being lost,” said Maria Davies tWRF President, pointing out that efforts are being made to identify the owners of various buildings so they can be approached about the beautification effort.

“On our 50th Anniversary, the country, and especially, the capital should put its best foot forward and show off our unique beauty and pride,” said Mitchell, expressing his hope that Grenadians and the companies and corporations that do business in the country will rally to the cause of the beautification of the capital.

Persons interested in learning more or in contributing can contact Mitchell at 405-4012 or Davies at [email protected].

NOW Grenada is not responsible for the opinions, statements or media content presented by contributors. In case of abuse, click here to report.
Tags: maria daviesnorris mitchellst george'sthe willie redhead foundationtwrf
Next Post 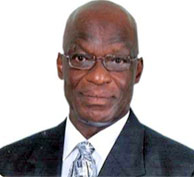