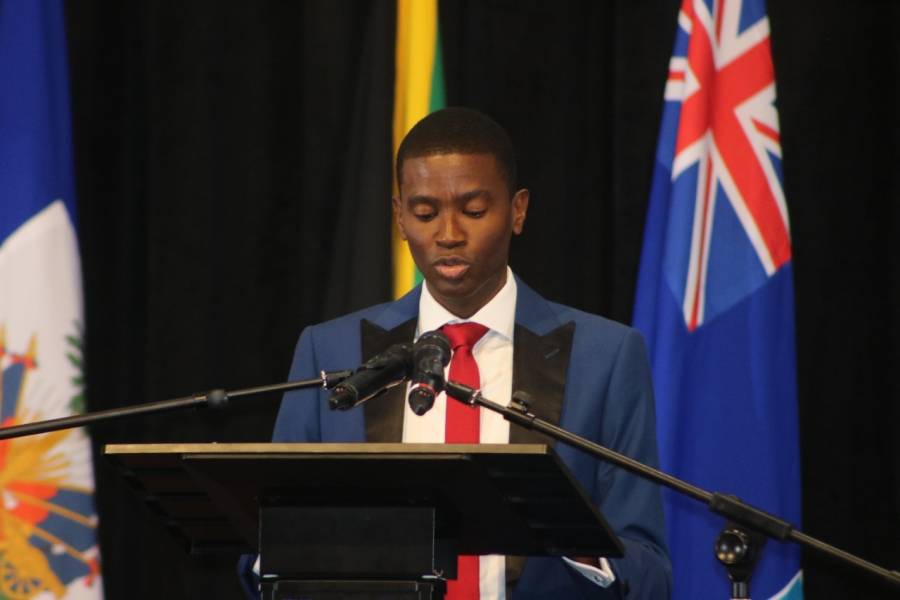 Prime Minister Hon. Dickon Mitchell addressing the 43rd Meeting of the Conference of Heads of Government of Caricom in Suriname.
Share

“Grenada is willing, ready and eager to do its part in transforming our beloved Caribbean Community.”

That is the commitment of the newly elected Prime Minister Hon. Dickon Mitchell, in his address to the 43rd Meeting of the Conference of Heads of Government of Caricom in Suriname.

Hon. Dickon Mitchell said, “Our forefathers in 1973, envisioned a region with the ability to transform the lives of its people by working together, a community that can overcome its challenges, if we, without reservation, dedicate ourselves, our time, and talents to moving Caricom forward.”

“The region belongs to all of us. It is simply home,” the Prime Minister said in his remarks to the 43rd regular meeting of Caricom Heads, adding that efforts must be made to “touch” all states that call the region home, whatever the language. “Colleagues and friends, I have no doubt that if pursued vigorously, these ambitions are achievable, they are attainable and our Caribbean civilisation deserves them,” the Grenadian leader told his Caricom colleagues as he reflected on his own message to the Grenadian people during the recent election campaign.

When he pointed to the recent election of 3 members of the Grenadian Parliament who are under the age of 30, including one female candidate who is tasked with the important portfolio of Climate Resilience and Environment, Prime Minister Dickon Mitchell echoed the words of the Caricom Secretary-General Dr Carla Barnett and her Bahamian counterpart, who noted that more than 60% of the region’s population is under the age of 30. “I have no doubt that Grenada and the rest of the Caribbean are filled with talented, capable, hardworking young men and women who are prepared to rise to the challenge and to solve and overcome the challenges we all face.”

The Prime Minister and his delegation return to Grenada on Wednesday, 6 July 2022.

NOW Grenada is not responsible for the opinions, statements or media content presented by contributors. In case of abuse, click here to report.
Tags: caricomcarla barnettdickon mitchellgis
Next Post 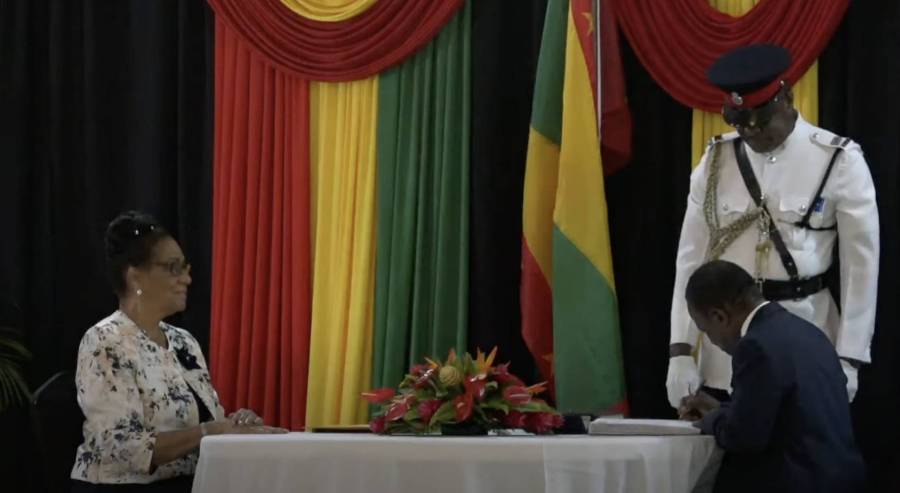