Assuming that the democratic process unfolds as it should, President-elect Joe Biden and Kamala Harris, Vice-President-elect, will lead a new Administration in the United States of America (USA) starting 20 January 2021.

The Biden–Harris Administration is more likely to adopt a coordinated, strategic and humane approach to dealing with the Covid-19 crisis. Indeed, the President-elect’s transition team has already established a Covid-19 taskforce comprising eminent scientists, epidemiologists and other medical experts, who will guide the federal response to the crisis in a manner that will hopefully turn around the public health disaster in the USA. A coordinated approach to the roll out of vaccines and vaccinations is expected. America is also likely to recommence funding to the World Health Organisation. These would be good for America and by extension, the Caribbean and the world at large. In the near term though, there might be strategic lockdowns in more states and stricter containment measures amid the current second wave in many States including ones that are main source markets of tourists to the Caribbean. As such, this would potentially be negative for the tourism sector in the Caribbean in the short term, but positive for the sector in the medium term if the measures result in a durable containment of the virus, with the USA no longer being labelled “high risk.”

President-elect Biden has been emphatic that fighting climate change will be a top priority of his Administration. He has already indicated that America will rejoin the Paris Climate Agreement and has announced a bold plan for clean energy, green jobs and environmental justice. Importantly as well, he has promised to have America achieving net zero carbon emissions by 2050. Indeed, if this is achieved it would be positive for the planet given that the USA is currently the second largest global emitter of carbon dioxide (CO2). For sure, the new Administration’s credibility on the global stage in the fight against climate change will depend on how much America is able to reduce its own CO2 emissions through the implementation of Biden’s plan for a clean energy revolution. All in all though, the ambitious agenda to fight climate change bodes well for the Caribbean and other climate-vulnerable small island developing states.

While one can argue that the Democrats have generally been harsh on immigration, it is hoped that there will be sweeping reversals of the overly restrictive and downright inhumane policies that currently exist. One can safely assume that the Biden-led Administration will take a more humane, compassionate and emphatic approach to immigration, but don’t expect a “free for all” though! Yet, it is likely that under the Biden presidency, legal pathways to immigration can potentially become easier, thereby benefitting the Caribbean through for example, reduced deportations, increased remittances and importantly as well, greater contributions to the Caribbean’s development from nationals legally based in the USA who have access to networks, private capital and other resources.

While a full retreat from globalisation is unlikely, one can still expect to see some form of protectionism, especially in key States in the USA where several jobs have been lost because of outsourcing. Indeed, an explicit priority of the President-elect is to promote made in America products; the “Buy America” campaign will remain! However, the Biden-led Administration is expected to take a more multilateral approach to trade, bringing much more stability and predictability to international trade. It is uncertain how trade tensions (especially with China) would be resolved. However, there is an expectation that America’s trade policy will be deployed with more coherence. Importantly, the Biden-led Administration is likely to support the World Trade Organisation, giving it the prominence and respect that it deserves. Such actions will undoubtedly be beneficial to the international trading system for investment planning that can lead to greater foreign direct investment flows, which would be good for the Caribbean, especially if investments create decent, good-paying and climate-smart jobs to support the sustainable development of Caribbean countries.

It is hoped that the Biden-led Administration would pursue the diplomatic route and take a more reasoned path back to the Iran Nuclear deal, which could ultimately lead to a reduction or even removal (eventually) of current sanctions. If such were to occur, oil production from Iran can potentially be increased, leading to downward pressure on international oil prices and benefitting oil-importing countries of the Caribbean. President-elect Biden has also promised to end fracking (drilling into shale rocks for oil and gas) on public lands. If the promised is fulfilled, global production of fossil fuels may also increase, which can also lower international crude oil prices, though increased production of fossil fuel would not be good for the natural environment.

President-elect Biden has promised to increase taxes on the super rich; if this happens, there could be some drag on economic growth in America, though experts suggest that any negative effects on growth would be minimal. It is hoped that there will be some reversal of the corporate tax cuts that were implemented under the current Administration that some have condemned as benefitting mainly the rich and big corporations. This would be likely only if the Democrats control the Senate. A stimulus bill is also more likely to be passed if the Democrats control the Senate. The President-elect has also promised large infrastructure spending, which would be good for growth and hopefully for the environment as well, with positive implications for the Caribbean. Importantly also, more progressive labor policies are expected, such as increases in minimum wages and unemployment insurance. A more harmonious relationship between the government and trade unions looks more possible; at a press conference held on 16 November 2020, Biden remarked, “I’m a union guy”. Indeed, good-paying union jobs can go a long way in improving the living conditions of many citizens and residents, including those of Caribbean heritage.

It is hoped that the Biden-led Administration would take a less hardline approach to Cuba and Venezuela relative to the extant stance, and pursue diplomacy and a more humane and peacemaking relationship. It would be ideal if the Biden-led Administration would finally end the decades-old embargo on Cuba and lift sanctions on Venezuela. The Caribbean will be keenly observing what the new engagement will be with our sister countries.

Make no mistake, the extent to which the incoming Administration would be able to implement its policies, which could ultimately benefit the Caribbean, is inextricably linked to which party controls the Senate. Even if the Democrats were to control both House and Senate, policies take time to implement, but the Caribbean can be cautiously optimistic about the prospects in America. Cautiously optimistic, but not naïve. The Caribbean would be wise not to expect any special treatment and favours notwithstanding the Caribbean lineage of the Vice-President-elect. Nonetheless, the Region can at least look forward with hope that it has a powerful friend in the fight against some of the world’s most acute challenges such as Covid-19 and climate change.

NOW Grenada is not responsible for the opinions, statements or media content presented by contributors. In case of abuse, click here to report.
Tags: caribbeanclimate changecoronaviruscovid-19joe bidenkamala harriskari grenadetrade
Next Post 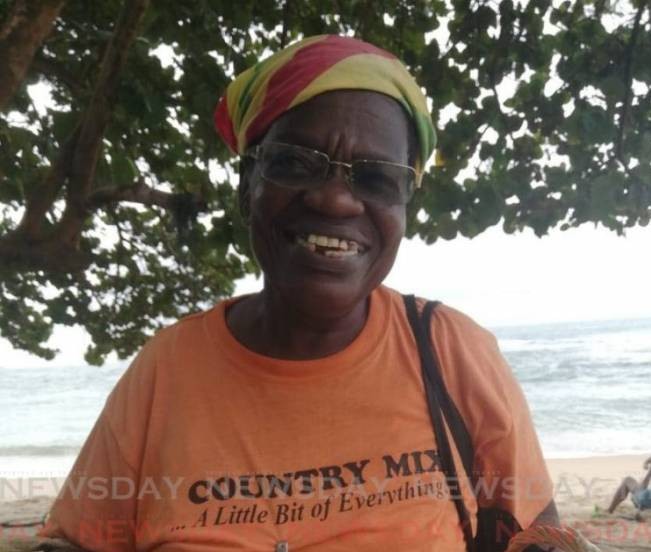 Josephine’s sweet snacks by Salybia shoreline a must