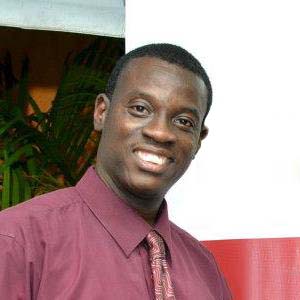 No storm in a teacup as egos inflate

No storm in a teacup as egos inflate

This story was posted 3 years ago
in OPINION/COMMENTARY, Politics
4 min. read

“With great power comes great responsibility ”, a proverb popularized by the Spiderman comic books,  and a saying obviously very familiar to two of the most senior prime ministers within Caricom — Grenada’s Dr Keith Mitchell, and Ralph Gonsalves of St Vincent and the Grenadines.

Recent history, in particular, is replete with irresponsible comments, lacking prudence, made by leaders that have adversely influenced human behaviour.

They range from President Trump’s public statements causing people to ingest harmful substances, to former Trinidad and Tobago’s Prime Minister Basdeo Panday’s remarks, seen as rekindling racial tensions to public rants by Grenadian leaders, which have had the effect of influencing supporters to attack journalists in various forms.

The spat between Mitchell and Gonsalves falls within the parameters of the proverb since it effectively augmented Grenada’s hyper-partisan political culture as an extremely vulnerable region conjures measures to stave off obliteration from a deadly pandemic sweeping the globe.

While some have dismissed the provocative public exchanges between the two septuagenarians as much ado about nothing and a storm in a teacup, truth be told, their statements have inflamed the political divide, effectively threatening to deflect the focus against Covid-19.

The two prime ministers are both wrong and were both irresponsible for rekindling those political tensions, from mainland residents as well as in the diaspora, at a time when the leaders themselves have been calling for everyone to abandon the politics for the greater good with pandemic already ravaging local economies.
Gonsalves’s cunning offer of food and supplies to residents of Carriacou and Petite Martinique in a “structured” way and Dr Mitchell’s suggestion, from his political playbook, that his regional counterpart is promoting lawbreaking, are both remarks which can be perceived as far from guiltless.

Mitchell and Gonsalves both know the history of trade in the Grenadines which does include Carriacou and Petite Martinique. They are also too well aware of the politics.

Carriacou and Petite Martinique has become a battleground constituency, with Tevin Andrews of the main opposition National Democratic Congress losing by just over 150 votes to New National Party’s candidate.

Ralph is clever and so he must know that his comments can potentially nudge political balance in Grenada’s sister isles, a reality that hardly escapes the peripheral view of politically astute Mitchell. There were also unsubstantiated reports that political forces in Kingstown were attempting to influence voting in the sister isles during Grenada’s last general elections.

Also in the mix were reports that Gonsalves had made certain approaches to Hugo Chávez about Grenadian Petro Caribe loan, an issue St George’s would have frowned on.

Local media reports have also referenced WikiLeaks on comments the Grenadian leader is said to have made to US authorities about the Vincentian leader.

The sparring leaders may be a world apart in ideology — Gonsalves, a left-leaning socialist, and Mitchell, a right-wing democrat and working-class populist — but both are long-serving prime ministers, seasoned politicians, well-versed in the tricks of the trade who know the effect of their words on impressionable sections of the population.

And while they allude to each other as friends on the regional stage, they both harbour grievances for controversial matters, which played out in recent years that posed unique threats to Grenada’s economy and the ‘comrades’ political future.

Gonsalves was forced to call Prime Minister Mitchell to protest when a then paid advisor to the administration in St George’s was accused of interfering in the politics of St Vincent and the Grenadines. The advisor in question was legitimately spearheading the information campaign of the opposition New Democratic Party, which at that time appeared to be on course to removing Gonsalves’ incumbent United Labour Party in the general elections in 2015.

On the other hand, Grenada’s Mitchell was robust in his protest, when LIAT, under the chairmanship of the Vincentian leader, removed a lucrative morning flight between Bridgetown and St George’s.

In 2017, differences between Dr Mitchell and the Vincentian leader played out at a Caricom conference when the Grenadian leader accused the Gonsalves-chaired LIAT board of making decisions based on politics.
Prime Minister Mitchell’s comments forced an equally sharp response from the Vincentian leader who said he was disappointed in the Grenadian leader’s statements and blasted them as “unfortunate”. The Grenada government has since pumped millions into the struggling regional airline to be among the new shareholders.

Despite their claims of being friends and their track record of cooperation at the regional level, there appears to be unresolved feelings between the two leaders which have the potential to manifest into occasional public spats.

Additionally, the inflated egos of the two veteran leaders would have cast dark shadows over consideration of a diplomatic approach to resolve their lingering issues and lay more cordial terms for their interaction on future matters.

And while the public does have a measure of an appetite for when prime ministers trade barbs, now certainly is not the time for it. Plus, two wrongs never make a right.

NOW Grenada is not responsible for the opinions, statements or media content presented by contributors. In case of abuse, click here to report.
Tags: caricomcarriacoucoronaviruscovid-19keith mitchellliatprime ministersralph gonsalvesrawle titusst vincent
Next Post