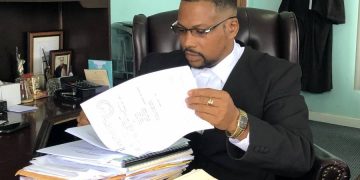 This story was posted 4 years ago
in General News, Law
2 min. read 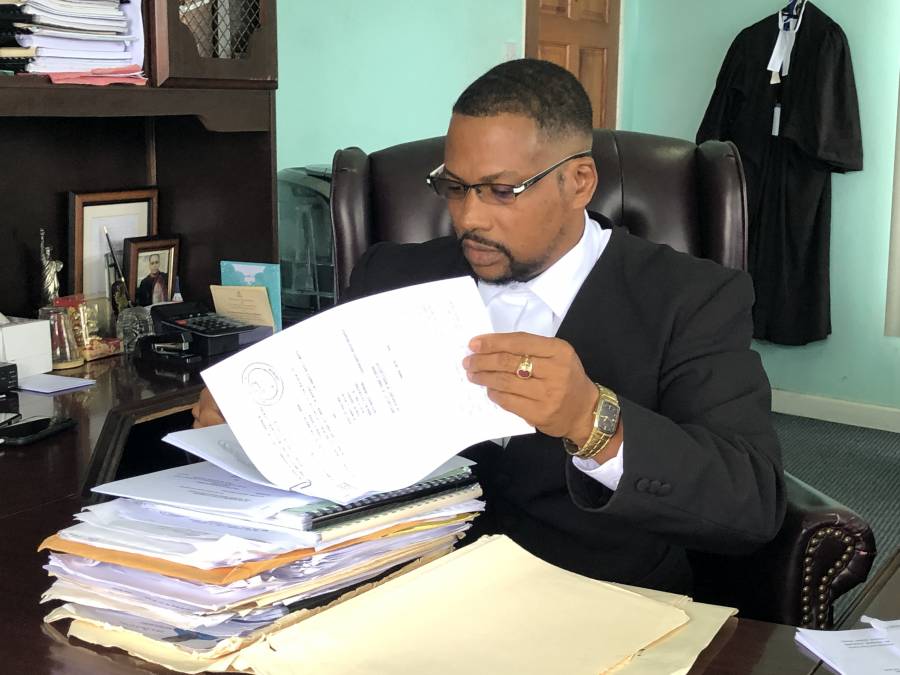 Dolette Cyr, the Canadian widow of Oscar Bartholomew, is set to file an affidavit in the high court in order to be cross-examined to determine the quantum in damages that must be paid by the state in the wrongful death of her husband.

This follows the judgment handed down by Justice Wynante-Roberts, who ordered that the process be moved to the assessment phase that will determine the monetary compensation that must be awarded for “damages, wrongful death, special damages, funeral expenses, including the pathologist report.”

The death of Oscar Bartholomew gained international attention after he was beaten into a coma on Boxing Day 2011 while he was in police custody at the St David Police Station. He and his wife stopped at Petit Esperance so his wife could go to the bathroom at the said police station.

Five police officers, 748 Kenton Hazzard, 649 Edward Gibson, 675 Shaun Garness, 237 Rudy Felix and Rural Constable Wendell Sylvester were subsequently charged. Felix who was the diarist at the time, was held not liable in civil court, and unlike the others will not be expected to pay for damages for wrongful death.

However, the judge in the civil case held Hazard liable for the death of Bartholomew and he along with Gibson, Sylvester and Garness will have to pay personal damages, according to the high court judgment.

Attorney-at-Law Derick Sylvester, who represents the claimant in this matter, believes the state has acted poorly in their approach, taking into consideration the attention that Bartholomew’s death attracted internationally. As he stated, he has failed in his attempts to get the Attorney General’s office to come to the table to discuss issues relating to the settlement.

Sylvester filed the assessment claim on 24 June. “I have invited the Attorney General’s chambers to have discussions (and) none bore fruit…the morning of the trial on November 17, 2016, we had discussions with an aim to settlement and however, all to no avail. So, the position to me, of that department is to not resolve this matter amicably and that is my humble view,” Sylvester said, describing the situation as being “morally reprehensible” that the state will allow a matter of this nature to go on trial after a returning national dies while in police custody.

The assessment for damages is expected to take into consideration the extent of pain and suffering, as well as Bartholomew’s earnings, had he lived to retirement age.

Sylvester awaits a date for the matter to be heard in court.

NOW Grenada is not responsible for the opinions, statements or media content presented by contributors. In case of abuse, click here to report.
Tags: curlan campbellderek sylvesterdolette cyroscar bartholomewwrongful deathwynante roberts
Next Post