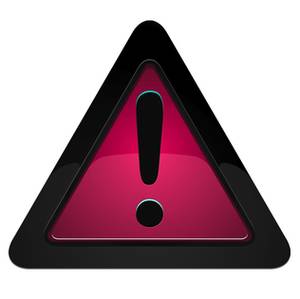 This story was posted 4 years ago
in OPINION/COMMENTARY
2 min. read

17 May is recognised by many across the world as the International Day Against Homophobia, Transphobia and Biphobia, or IDAHO for short. To mark this auspicious day that often goes unnoticed, GrenCHAP hosted a night of laughter, Cards Against Humanities, dominos, Heads Up, and many other games. The event offered those in the LGBTQI (lesbian, gay, bisexual, trans, queer, intersex) community a short respite from the daily acts of homophobia that they experience.

In Grenada, LGBTQI people are often victims of harassment, violence and discrimination. Laws that criminalise buggery, and religious messaging that is used to reduce people and their rights, foster homophobia and create a status in which those that belong to the LGBTQI community are second-class citizens who are treated as inferiors in nearly every facet of their lives. Fortunately, we have GrenCHAP and other organisations that operate in Grenada that promote the rights and dignity of all people regardless of sexual orientation.

Outreach and advocacy must go hand in hand. Through outreach, we can target and provide a safe space, but only through advocacy can we hope to win the fight against homophobia. What does the fight look like? It is grassroots advocacy in which we seek to change hearts and minds. It is lobbying for laws and policies that are inclusive and respect human rights. It is through coalition building with other organisations. But most importantly, it is through people who are willing to take a stance against homophobia and all discrimination. People who are informed about the issues and unafraid and willing to say no to homophobia.

Homophobia is a choice to which I say no to. Join GrenCHAP and the growing number of people across the world and say no to homophobia. Let us instead encourage inclusivity and understanding. Let us respect each other and recognised that we are all people deserving of respect and dignity. Let us all make our contribution however small or large it is against homophobia. Let us continue moving forward as one people. Take a stance against homophobia.

NOW Grenada is not responsible for the opinions, statements or media content presented by contributors. In case of abuse, click here to report.
Tags: ajani benoitgrenchapidahointernational day against homophobia
Next Post