Following the granting of independence by Britain to some of our present Caricom states, the idea of having a Caribbean Court of Justice for these States was continuously being mooted. It was not until the Sixth Caricom Heads of Government Meeting which was held in Kingston, Jamaica in 1970 that the idea was formally turned into a resolution.

Since then, a majority of those states signed An Agreement Establishing the Caribbean Court of Justice and have subsequently acceded to its Original Jurisdiction which was established on 14 February 2001. However, only 4 states have so far acceded to its Appellate Jurisdiction which was established in 2005. Those states are Barbados, Guyana, Belize and Dominica. The Original Jurisdiction of the Court deals with issues arising from the interpretation and application of the Caricom Treaty and the Appellate Jurisdiction is meant to take over the role of the Judicial Committee of the Privy Council by being the final court of appeal in both civil and criminal matters.

One of the main hindrances which deter some Caricom countries from acceding to the Appellate Jurisdiction of the CCJ is the fact that in most cases, their respective constitutions have to be amended. In Grenada’s case, the relevant Bill has to be passed in both Houses of Parliament with the requisite constitutional majorities after remaining in the House for at least 90 days and has to get a two-thirds majority support by referendum. In the last referendum which was held in Grenada on 24 November 2016, the CCJ Bill obtained 43.3 % of the votes cast which amount was less than the requisite two-thirds majority support. This was obtained against the background that only 32% of eligible voters actually voted in the referendum. In the last two general elections which were held in Grenada in 2013 and 2008, 87.6% and 80.3% of the electorate voted respectively.

As a consequence of the low turn-out at the time of the holding of the referendum, it is felt by many that it would be useful if a referendum on just a CCJ Bill could be held on the same day that the next general election would be held. This election is constitutionally due on or before 25 June 2018. Several countries do have various referendums on election day. If this is done in Grenada it would be at the convenience to voters as it is likely that they would turn out in large numbers on election day anyway. It would also be cost-effective to government.

Several reasons may be advanced for identifying a CCJ Bill only for the purpose of a referendum on election day. Besides being relatively non-contentious, acceding to the CCJ as the final court of appeal for Caricom states was a decision which was made by Heads of Government many years ago. It is now a matter of amending the Constitution in order to fulfil this commitment. As Caribbean countries are but a few remaining Commonwealth States which still use the Privy Council as the final court of appeal, it is highly likely that the UK would soon give notice that its services would no longer be made available. It must be borne in mind that the UK itself does not use the Privy Council as its final court of appeal for civil and criminal matters but has its own separate final court of appeal. In recent times insinuations of this “notice” have already been emerging.

Whilst processing appeals to the Privy Council may cost a litigant over EC$150,000 it will cost only about EC$30,000 for making a final appeal to the CCJ. Moreover, the judges of the CCJ have proven themselves over the years to be highly professional and competent. In fact, some of them have even sat on cases which have been heard by the Privy Council. Judges operating in a Caribbean environment will always be in a better position to deal with legal matters originating in the Caribbean than foreign-based judges. This is because of their personal experiences of the culture of the region. Additionally, because of the way they are being selected by an independent Regional Judicial and Legal Services Commission confidence in their complete insulation from political influences is high. All state participants in the Original Jurisdiction of the CCJ have already committed themselves financially to a Trust Fund which is up-keeping the CCJ. This Trust Fund is expected to last until perpetuity.

As relatively new independent states, it is most important that our Caricom region develop its own Caribbean jurisprudence. This refers to the science of law which ascertains the principles upon which legal rules are to be determined and settles the manner in which new or doubtful rules should be treated. In doubtful situations, all the cultural and sociological experiences of judges will, in fact, have tremendous influences on their decisions. For example, in a situation in Grenada which involves an issue pertaining to same sex marriage it is highly likely that a Privy Council decision will slant towards a recognition of same-sex marriage because of the accepted lifestyle in the UK whereas CCJ judges may just be prone to tip the balance in the other direction. Next election day, therefore, is a good opportunity to give support to the Appellate Jurisdiction of the CCJ.

NOW Grenada is not responsible for the opinions, statements or media content presented by contributors. In case of abuse, click here to report.
Tags: caribbean court of justicecaricomccjcommonwealthcourt of appeallawrence josephprivy councilreferendum
Next Post 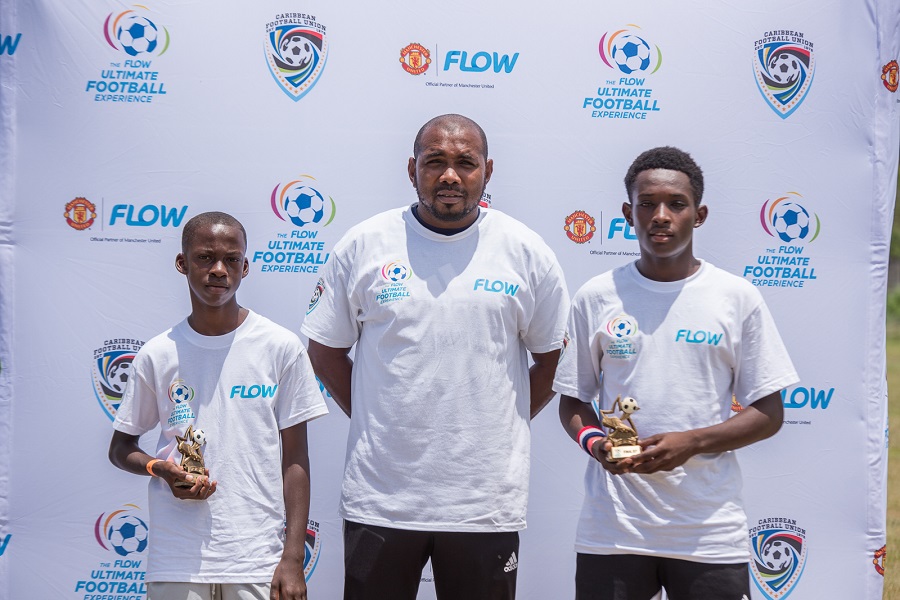 Two Grenadians For Regional Round of The Flow Ultimate Football Experience