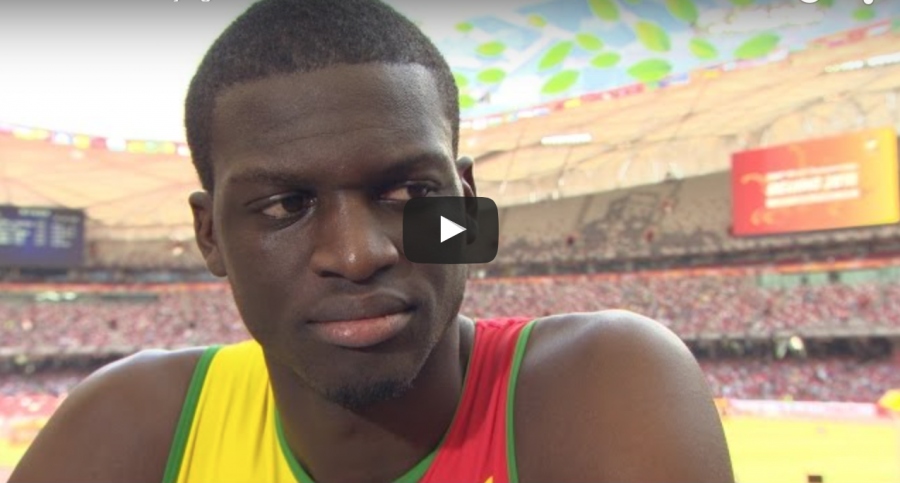 This story was posted 7 years ago
in Athletics
2 min. read

BEIJING, China, 23 August 2015 – Olympic champion Kirani James eased his way into the semi-finals of the Men’s 400 metres on the second day of the IAAF World Championships here on Sunday.

James won his first round heat in 44.56 seconds to secure an automatic qualification to the next round, while Bralon Taplin, the other Grenadian quartermiler was eighth in the opening race and only managing 46.27.

Luguelin Santos of the Dominican Republic and Lalonde Gordon of Trinidad and Tobago also joined James from heat four.

“I think the race was good. It was very competitive. I try to be in control of the race as best as I possibly can,” James said.

He said that his aim was to be competitive but to conserve as much as possible in this round.

“Obviously that’s a hard task for me when you have the medallists from the Olympic Games in the same heat. But the aim is to try to be in control of the race, try to preserve as much energy as I possibly can.”

Earlier, Saudi Arabia’s Yousef Masrahi and Rusheen McDonald of Jamaica clocked the only sub-44s in the opening round of competition.

Masrahi and McDonald were both given 43.93 in the second heat with world leader Isaac Makwala of Botswana qualifying in third position in 44.19. McDonald’s effort is a new national record and the first Jamaican to run under 44 seconds, beating Jermaine Gonsalves’ previous national mark of 44.40.

South Africa’s Wayde van Niekerk, the only man to beat James this season, has also advanced to the semis with 44.42 in winning the final heat.

NOW Grenada is not responsible for the opinions, statements or media content presented by contributors. In case of abuse, click here to report.
Tags: 400beijingbralon taplinchinagrenadasportsheatiaafinterviewkirani jamesworld championship
Next Post