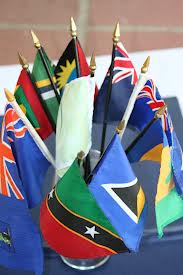 The Coyaba Hotel conference is the venue for a workshop in which a number of persons will be trained to speak confidently about the OECS economic union at public awareness outreach activities.

Labeled, the “Spokespersons workshop” the one day session will be held on Wednesday 9 October, and is intended to assist the OECS in developing top line messages which will be used in public education activities. “The messages will be linked to the creation of memorabilia, advertisements and themes for poster and art competitions to be undertaken subsequently in the Public Education Programs,” said a release from the Ministry of Finance.

Since the Revised Treaty of Basseterre Establishing the OECS Economic Union entered into force on 21 January 2011, a number of public awareness activities have been taking place both at the level of the individual Member States and the Organisation. These include sensitisation workshops organised by the OECS Secretariat targeted at officials from the media, public and private sectors and civil society.

These activities seek to increase the number of persons in the OECS who are knowledgeable about and trained in communicating the message of economic union, to create top line messages and to procure memorabilia for dissemination in the OECS.

The objectives of the Union as set out in the Revised Treaty are to promote cooperation among Member States and to defend their sovereignty, territorial integrity and independence; to assist the Member States in the realization of their obligations and responsibilities to the international community with due regard to the rule of international law as a standard of conduct in their relationships; to establish and maintain wherever possible arrangements for joint overseas representation and common services; to promote economic integration among Member States; to pursue these through its respective institutions by discussion of questions of common concern and by agreement and common action. Most significantly, the Revised Treaty establishes the OECS economic union as a single financial and economic space.

NOW Grenada is not responsible for the opinions, statements or media content presented by contributors. In case of abuse, click here to report.
Tags: educationoecspublicspeakingspokespersonworkshop
Next Post 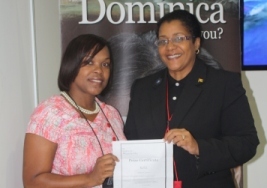