The Opposition Leadership on Hold

The Opposition Leadership on Hold

It will be five months exactly when these comments will be published in the local press – since the date of the clean-sweep victory by the Government in control, and the almost deathly silence by the opposition NDC Party, which has no voice in parliament in the Lower House.

True enough the party has Three Senators in the upper house, courtesy the last Governor General before he left office – but from the reports coming out of that Chamber, the Trade Union Senators seem to be far more active and articulate than the NDC Senators in that Chamber’s debates.

But now that the issue of leadership of the party is drawing closer in the next month or two, the whole issue is due for debate and decision by the annual convention for the next year.

The questions facing the party are whether the existing leader, ex-Prime Minister Tillman Thomas, will be offering himself to continue as Leader although he has no voice in the Parliament; and whether the deputy leader and Senator, Hon. Nazim Burke, will be offering himself to replace the Ex-Prime Minister as Party Leader, since he is in Parliament?

Although the issue concerns the party as such — the questions do have some bearing on the nation’s political outlook, and how the party in control will respond to whatever opposition may be coming from the NDC as such, even though it is not officially represented in Parliament.

It is very noticeable in the past few months, that the main voices being raised in the Upper House on national issues — are so far coming from the Trade Union Senators, rather than the NDC members as such.

And that leaves onlookers to wonder, whether there is some form of dis-unity among the Leadership of the party, as they come up to the Convention later this year for choosing a Leader for the future.

Having started this Article on Thursday morning last week — I later in the day heard conflicting reports on both the Radio and Television, concerning the intentions of the ex-Prime Minister as the future Leader of his party.  It could have been the way the Reporters were putting over the story that created the confusion.

The first report on the Radio stated that the ex-Prime Minister would not be contesting the leadership position at the Convention — and he is doubtful about trying to regain the St. Patrick’s East Seat at the next Elections, although he will remain an NDC member.

The second report seemed to suggest that the above was in-correct, and he will be making himself available for re-Election at the up-coming Convention in September, or whenever the same is held.

Whatever is the true position regarding the current NDC Leader’s intention, time and the up-coming events will surely tell.

But in the midst of all the statements and denials regarding his intentions, there seems to be an un-usual atmosphere of un-certainty surrounding the NDC and its operations these past two or three months.

Although given the opportunity to have a voice in the Upper house of parliament, by the appointment of three prominent ex-Ministers in the last Government as Senators — courtesy the last Governor-General, those three members have not been letting their voices very regularly heard on matters of national importance.

And it is against the foregoing background and un-usual quietness, that a whole lot of concerned citizens are wondering and speculating about the NDC party and its standing down the road.

In the meantime, the winners in full control of the nation’s affairs, are going about their business of providing opportunities for the people, young and old, as best they can.

The Imani youth Training program was recently started with one thousand youngsters, and this is reported to be in two more programs in the next two weeks — to a total of three thousand.

And those trainees will be receiving a very reasonable stipend during their training, to take care of their expenses over the next twelve to fourteen months.

So that the controllers can claim that they have started looking after the mature workers, in the CCC and Roads Maintenance program — and now they are looking after the youths with their training for the future, and earning a wage in the process.

Against that background, it must be very difficult for the losers to raise their voices in any protest — especially as they seem to be so dis-united and dis-agonised in all their activities.

And now that there is some doubt about the ex-Prime Minister continuing to lead the party come the next convention — the issue of who is the best or fittest person to take over the leadership, should he step down and decide not to contest, could pose some heated debate at that session.

So with the official other party in disarray, and no other up-coming party on the horizon at this stage — the situation would be left wide open for the current controllers to do as they please.

The only positive signs we are seeing in the last two or three months, seem to be those coming from the Trade Union and Business Senators in the upper House of Parliament — on matters of national interest that are passed through the lower House without any debate.

We must now wait to see what happens in the next few weeks, and more importantly what decision is arrived at when the NDC Party holds its Convention in September or whenever.

The controllers on the other hand have no need to do anything dramatic to prove their authority. They have started helping both the Elderly with some jobs, and the youths with the Imani Training program.

They now have to ensure that the workers are all treated with fairness in the various Ministries, and the sick and needy are taken care of at the General hospital in particular.

NOW Grenada is not responsible for the opinions, statements or media content presented by contributors. In case of abuse, click here to report.
Tags: law & politicslloyd noelndcnnpoppositionparliamentpolitics
Next Post 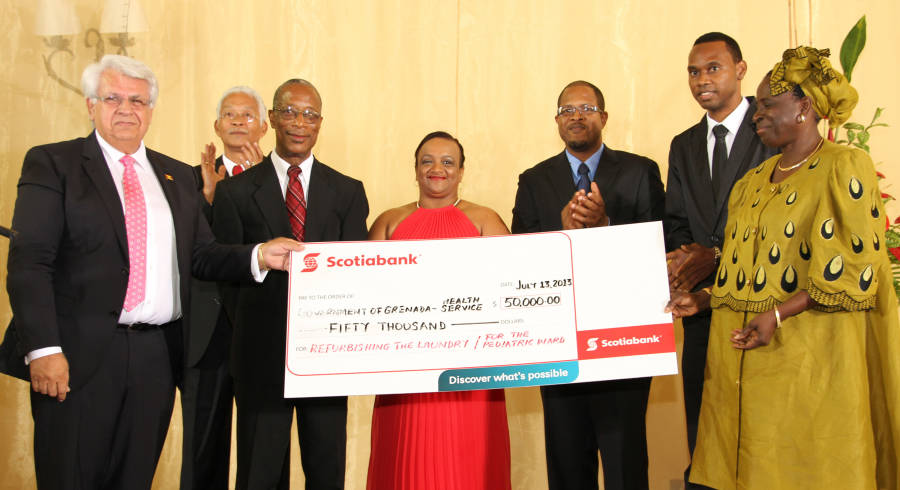