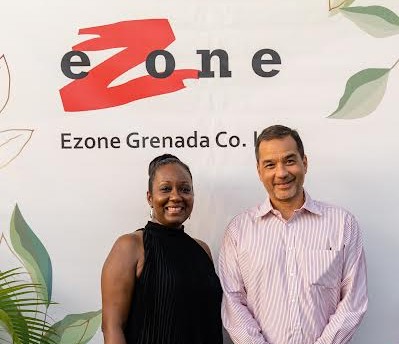 There is no representation from Grenada at the 2022 Commonwealth Law Ministers Meeting (CLMM), where a key focus is the Commonwealth Plan of Action on Equal Access to Justice Declaration.

“Our records show that there is no delegate from Grenada attending this year’s Commonwealth Law Ministers’ Meeting in Mauritius,” said the response from the media communications unit of the meeting. The inquiry was sent to the meeting organisers after the Press Secretary in the Office of the Prime Minister did not respond to an email sent on 14 November seeking to confirm whether the Legal Affairs Minister would be attending the meeting.

“We must transform our justice systems to meet the challenges of today and tomorrow.  We face a huge task, and we have a huge responsibility, but this meeting is a real opportunity to craft a new legal settlement for the Commonwealth, which is fit for the times in which we live. We must enable the efficient delivery of swift, fair, effective, and principled justice to strengthen the relationship between the work of Law Ministers and the full scope of the Commonwealth’s work across a range of national ministries,” she told the participants.

In 2019, Commonwealth Law Ministers adopted a Declaration on Equal Access to Justice to prioritise access to justice across the Commonwealth. To ensure the implementation of the declaration, the Commonwealth Secretariat developed an action plan, as well as practical toolkits and best practice guides for governments.

Some of the toolkits and guides include the Environmental, Social, and Economic Development Provisions Investment Contracts; The Law and Climate Change toolkits; the Commonwealth’s Anticorruption Benchmarks, and Commonwealth elections cybersecurity best practice guide.

The Declaration on Access to Justice urges Commonwealth Member States to use people-friendly approaches to address the barriers to access to justice. One such approach is the use of technology to provide access to legal services as well as enhanced delivery of justice services. During the meeting, Law ministers will hear presentations on the themes of people-centred justice and the future of the courts or justice system among the 56 Commonwealth members.

At the conclusion of the meeting, the Law or Legal Affairs Ministers will adopt recommendations that will inform justice work in their respective countries across the Commonwealth.

NOW Grenada is not responsible for the opinions, statements or media content presented by contributors. In case of abuse, click here to report.
Tags: commonwealthcommonwealth law ministers meetinglinda strakermauritiuspatricia scotland
Next Post