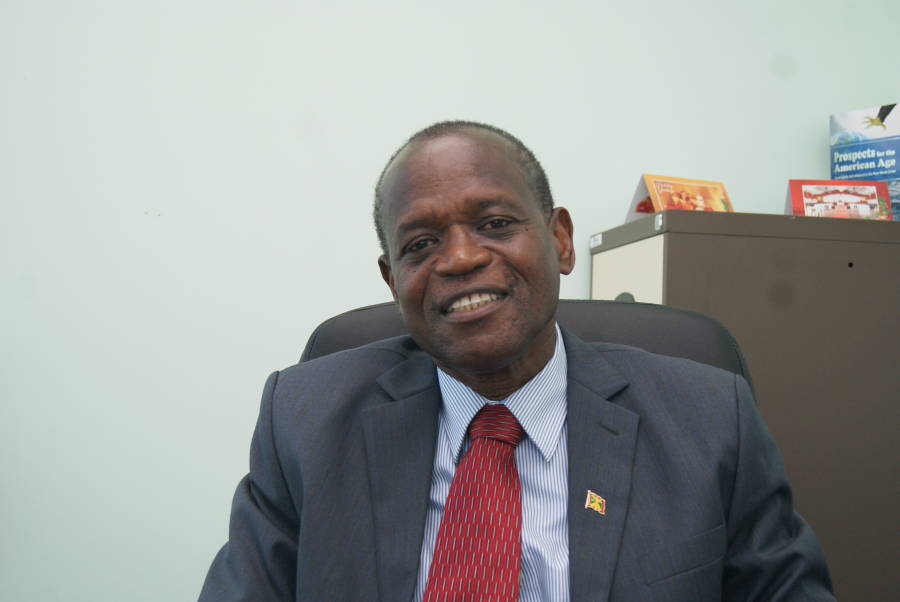 This story was posted 2 years ago
in Law
2 min. read

Members of both Houses of Parliament will be remembering Elvin Nimrod, former Member for the Constituency of Carriacou and Petite Martinique, in a joint sitting to remember his life on Tuesday, 16 February 2021.

Nimrod who first entered the Parliament as a senator for the New National Party in 1997, died on 6 February 2021 in the USA after a prolonged illness. A lawyer by profession, Nimrod served in various ministerial portfolios including foreign and Legal Affairs and retired from public life in 2017.

According to the motion to be read out during the special sitting, Nimrod served the State of Grenada as Prime Minister in the absence of the Prime Minister on various occasions, exercising good judgement and always demonstrating a well-formed disposition to act with integrity.

The Motion to celebrate his life said he was “a paragon of virtue” whose contributions in the field of Foreign Relations have advanced the interest of the State of Grenada. He spent 19 unbroken years as the Member of Parliament of Carriacou and Petite Martinique. He died aged 77.

On the political front, Nimrod according to a statement from the New National Party (NNP) played a key role in the Party over the years holding the positions of Chairman and Deputy Political Leader. He won the Carriacou and Petite Martinique Constituency in 1999 and retained the seat in the 2003, 2008 and 2013 General Elections.

“Many first-time Candidates/Parliamentarians have benefitted immensely from his guidance and mentorship as one of the most senior and experienced members of the NNP Team. His smile and ready words of wisdom and advice will be missed by all,” said the statement which was issued shortly after his death.

“To the people of Carriacou and PM he was a champion, a true patriot and a humble and genuine son of the soil. He always ensured that his constituents got: ‘a fair share of the national pie’ as he would often say. He was a warrior for the advancement and positive development of the people of Carriacou, Petite Martinique and Grenada” said the NNP.

NOW Grenada is not responsible for the opinions, statements or media content presented by contributors. In case of abuse, click here to report.
Tags: elvin nimrodlinda strakernew national party
Next Post