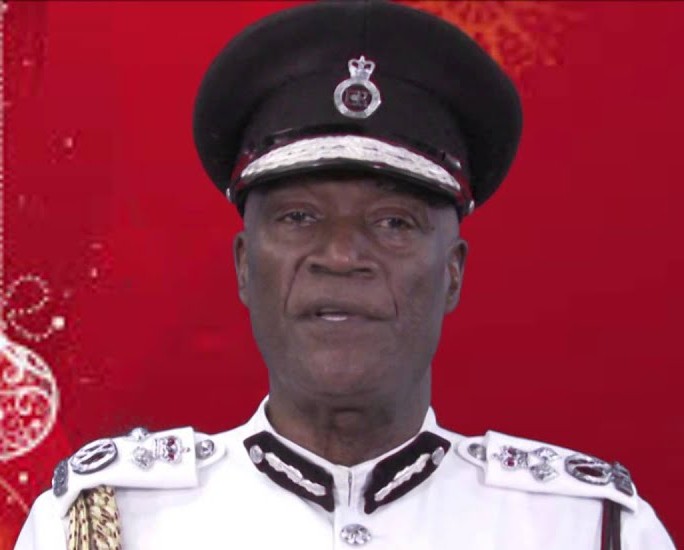 The Integrity Commission of Grenada congratulates its Commissioner, former Police Commissioner Winston James OBE, on being promoted in the Most Excellent Order of the British Empire.

The promotion which was announced on the weekend, in celebration of Her Majesty Queen Elizabeth II’s birthday, adds the title of Ordinary Commander of the Civil Division of the Said Most Excellent Order (CBE) to the already decorated Commissioner James. James received this promotion for services to National Security.

The Integrity Commission, of which James is now a member, is happy that his service to National Security continues to be recognised even beyond his retirement. Chairman of the Commission, Lady Anande Trotman-Joseph, said Commissioner James brings an invaluable wealth of policing, and security management experience to Grenada’s anti-corruption sector now facilitated by the Integrity Commission.

The former Police Commissioner, who received the OBE in 2008 said he “feels honoured to receive such an award from the Queen.” He added that he would like to thank “all the persons who considered him for such an award.”

“I must say further that this award goes to show that there are persons who appreciated the work I did as a policeman,” James said.

Persons who have been honoured by the Queen have the option of going to the United Kingdom to receive their awards in person, or to receive it from the Queen’s Representative in their local territory. Commissioner James said he would opt to receive from Governor-General, Dame Cécile La Grenade, GCMG OBE, who is the Queen’s representative here.

Office of the Integrity Commission

NOW Grenada is not responsible for the opinions, statements or media content presented by contributors. In case of abuse, click here to report.
Tags: anandebirthday honoursintegrity commissionmost excellent order of the british empiretrotman-josephwinston james
Next Post