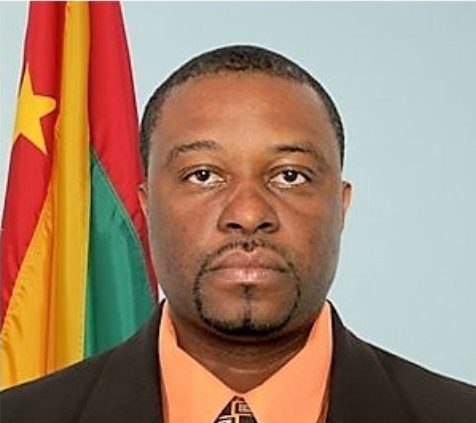 Venezuela is a Caribbean concern

Venezuela is a Caribbean concern

This story was posted 4 years ago
in OPINION/COMMENTARY, Politics
4 min. read

The deepening crisis in Venezuela is of serious concern for us in the Caribbean.

After witnessing social and political unrest in other parts of the world which led to bloodshed, human trafficking, refugee crises, among other challenges, it is more than bothersome to observe what is happening in the neighbouring Bolivarian Republic of Venezuela.

Venezuela, in recent times under the leadership of President Hugo Chávez of blessed memory, and President Nicolás Maduro, has fostered and promoted serious and meaningful cooperation and assistance to us in the Caribbean and Latin American region. The ALBA initiative has benefitted the region in the tune of millions of dollars. In other words, in the days of plenty in Venezuela, Presidents Chávez and Maduro stretched forth their hands in genuine friendship.

There is no doubt that this Venezuelan crisis is a direct challenge to the relevance of the United Nations. The UN charter is essentially the most important source of international law. Article 1 of the charter sets out, that the purpose of the United Nations is to “maintain international peace and security, to take collective measures for the prevention and removal of threats of peace, and for the suppression of acts of aggression….”.

It also sets out, “to develop friendly relations among nations, based on respect for the principle of equal rights and self-determination of peoples…”. Article 2 (1), provides that the “organisation is based on the principle of the sovereign equality of all its members”.

In Venezuela, someone who did not contest a general election declares himself president and the United States of America, and the most powerful countries in Western Europe, recognise him as such; doing so, despite the fact that there is a president duly sworn in after winning a general election.

Now the US and its allies argue that the election held was unfair or rigged; but their approach certainly cannot be the remedy for a supposedly unfair election. The United States itself just spent millions of dollars investigating whether or not the Russians meddled in their 2016 presidential elections. But, because they are powerful the Americans give themselves the right to recognise a “leader’’ of a country, without that person ever winning an election but simply declaring himself to be “president’’. If the US did so on 1 April, it could have been considered a joke; just as much a joke as the president of the US saying his father was born in Germany. However, there is nothing funny about the US and its allies and their stance on Venezuela.

What is more, there is the irony of the US purporting to send aid to Venezuela; doing so as the United States imposes and enforces sanctions on Venezuela by freezing their assets and restricting their trade, thereby adversely affecting their ability to do business and look after themselves. I mean, if that is not laughable, I really don’t know what is.

The reality of all this, is that the United Nations is powerless to prevent this unilateral action that is in clear violation of the UN Charter. Indeed, the small states in the Caribbean that come under the banner of Caricom have done much more to resolving the issue in Venezuela by peaceful means, and in defending the principles of the UN Charter.

Thus, in hindsight, it is probably not much of a surprise that the US president would have invited some leaders of Caricom to meet with him in his private “white house’’ rather than inviting all of Caricom, including the organizations chairman Dr Timothy Harris, Prime Minister of St Kitts & Nevis. Of course, a man has a right to invite whom he wants in his house. But, the visit to the US by Trump’s four handpicked Caricom leaders did not paint a pretty regional picture. I know the ordinary Caribbean national will much prefer our leaders to speak with one voice on issues like the Venezuelan situation.

The principles of sovereignty and self-determination must be adhered to and be defended – at all times! The government and people of Venezuela must be supported and must be given a fair opportunity to resolve their issues peacefully, without outside interference. The global community, through the proper channels, ought to assist in the humanitarian crisis in Venezuela, without the politicisation of assistance. The UN, the Organisation of American States and other regional and international institutions, must act in conformity with international law, for fear that the rule of international law does not continue to descend into a farce.

The point is, it’s Venezuela today. Who will be tomorrow?

NOW Grenada is not responsible for the opinions, statements or media content presented by contributors. In case of abuse, click here to report.
Tags: arley gillcaricomorganisation of american statesunited nationsvenezuela
Next Post