Excerpts from The Public Consultation on The Grenada National Museum Bill, 2017

Excerpts from The Public Consultation on The Grenada National Museum Bill, 2017

This story was posted 6 years ago
in Feature
8 min. read

For 40 years, the worldwide community of museums has been celebrating International Museum Day (IMD) on 18 May, to raise awareness that, “Museums are an important means of cultural exchange, enrichment of cultures and development of mutual understanding, cooperation and peace among peoples.”

The theme chosen for 2017 is “Museums and contested histories: Saying the unspeakable in museums.” Activities planned to celebrate IMD can last a day, a weekend or a whole week. By coincidence, the public consultation on the Grenada National Museum Bill, 2017 was held 2 days ago, to sound out the public’s reaction to the Bill and the soon-to-be-upgraded status of the Grenada National Museum (GNM).

The GNM has been operating on the corner of Young and Monkton Streets in the building known as the ‘Antilles Complex’ for over 40 years. During the meeting of 16 May, over 60 persons gave voice to legislation that would make the GNM a body corporate, changing how the museum operates going forward.

After Senator Hood outlined the history of the GNM from its inception to present day, Minister Nimrod spoke to the need for the Bill. Senior Legal Counsel Branch presented the Bill and noted that as a body corporate the National Museum:

Branch also outlined the functions of the National Museum:

The Bill provides for the Board to consist of 9 members of whom:

The following are excerpts from some persons who were invited to the lectern to make formal contributions:

Artist and long-time member of the board, Gordon de la Mothe said the museum should be the showroom and the storeroom of our national culture. He called for a substitution of ‘regularising’ or ‘legalising’ for ‘establishing’ the Grenada National Museum, given the museum is already established, having been in operation, and operating, since 1976. He also made the point that the Bill does not appear to legalise or regularise or acknowledge the people who have been actively operating the museum. As to qualifications, de la Mothe opined the main qualification for being on the board, “is exhibited by those active right now trying to make the museum run properly with no help from most people.”

Roger Byer referenced Johnathan Hanna’s article and deemed it an ‘on hand observer’s opinion’ with which he agreed totally, citing Hanna’s opinion that the Bill gives the museum explicit legal standing to protect artefacts, etc and puts the museum on firm legal grounds to grow. Of the naysayers, Byer said that “we live in a global village, and when we evolve as a people we sometimes have to adjust how we do things or get left behind.”

Bert Patterson, GTAWU General Secretary, stated, “I want to be clear. Where government appoints boards, they don’t work.” He believes that the museum can best function and finance itself if it functions the way a business operates. He asked that the direct recommendation or appointment of 7 members of the board by the government be reconsidered, to allow other entities to recommend persons based on their specialisations, experience, etc. Patterson raised a possible constitutional issue with section 21, with reference to antiquities and ownership. He contends that the Bill as it is written is too loose, and does not takes recognition of what the artefact. He gave as examples: (i) cannon that would have belonged to a government at one time, or to ‘government’ as opposed to a handgun which may have been privately owned; (ii) an artefact found to be more than 50 years old, depending on the area found, the item and its provenance, neither government nor the museum may have a right of ownership.

Thomas Welch spoke of his painful experience of seeing government trucks at the Pearls site collecting artefact-laden soil for agricultural purposes. He raised the repatriation of Grenadian artefacts, as well as raised the legal status of the National Trust vs the National Museum, noting some of the issues within the ambit of the museum are already in the law of the National Trust.

Gloria Payne–Banfield said she always despaired at the lack of government interest in the museum, saying that she was “…really very happy to be discussing a Bill in which government places itself as the protector of the museum.” Her concerns included things that had left or were leaving the port without anyone noticing artefacts being exported. “There is no law, and the word ‘protect’ is not in the Bill.” Payne-Banfield is adamant that the term ‘archives’ must be put into the Bill, else “we shall end up with a museum protecting and conserving and preserving ‘things’ but not the national archives.” She also spoke to a question of space, remarking that the GNM is housed only on the ground floor, with the rest of the Antilles Complex bringing in income for the GNM. In her opinion, the Antilles Complex should be vested in the GNM, an opinion shared by Senator Humphrey, who suggested they both draft a formal request to that effect.

Marlene Neptune is a teacher from St David Catholic Secondary School who has been involved with the GNM for the past year. With regard to more public engagement, she said that “we have an island of Grenadians, so consultations should not just be done in St George’s.” She stated that more Grenadians should be given the opportunity to make a contribution to ‘our’ museum. She warned against instilling a sense of fear, where persons would not cooperate and share what they have. She was also concerned about the artefacts, and that the Bill should be crafted to give Grenadians a feeling of comfort that government would not come and snatch and grab things from families that have treasured and preserved them, nor from persons who have museums in their villages. Neptune spoke about volunteerism at the GNM which has saved thousands of manpower dollars, and said that “we want to continue the sense of patriotism,” noting that it is easier to get volunteers when there is a private organisation running the museum, “building it up from the grassroots level.”

Senator Chester Humphrey spoke with respect to how the board is to be constituted, as well as staff training. He suggested the Act can make it an objective of the board of management to provide continuous training for employees as an obligation. He said the 18 May meeting was a rare opportunity for public feedback, and also spoke to the commissioning of a Senate Committee to hold a one-day consultation on the Bill, to engage a wider cross-section of the public.

Dalton Charles from La Poterie, told of his grandmother being the last Carib Chief in La Poterie. His grandmother’s oral history has resulted in the discovery and present reconstruction of a 16th Century Kalinago village, which, in his opinion is at best the only site in Grenada that can become an international heritage site, for the correct retelling of our history. His concern and that of La Poterie was, will government be able to come and take over the heritage site/village according to the current wording of the Bill? Charles called for a consultation in La Poterie to let the people of the area know where they stand.

Senator Brenda Hood, on the issue of training divulged receipt of an email from Dr Millette, a former ambassador to the US, advising that Lincoln University has offered 2 scholarships for Grenadians to study Art of Museum Programmes. Senator Hood agreed that “we cannot continue to run the museum without trained people to do the work.”

General points raised by contributors and from the floor included:

John Pitt, Operations Manager GNM said (post meeting) that “the meeting was an overdue step in the right direction that will hopefully pave the way for further discussion to place the museum on the firm ground it needs, to achieve a heritage museum product to serve the people of Grenada, Carriacou and Petite Martinique and future generations.”

NOW Grenada is not responsible for the opinions, statements or media content presented by contributors. In case of abuse, click here to report.
Tags: billbody corporateconsultationgrenada national museumhistoryinternational museum daylegislationmuseum
Next Post 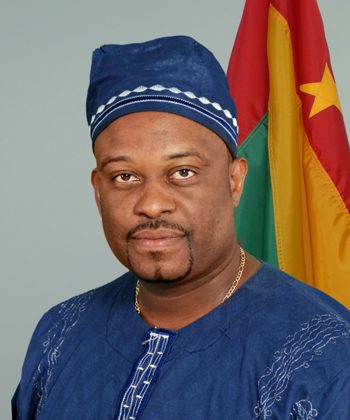