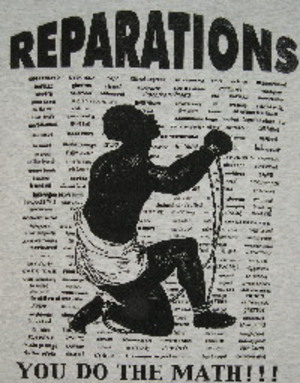 Are Descendants of Slaves Entitled To Reparations?

Are Descendants of Slaves Entitled To Reparations?

This story was posted 10 years ago
in OPINION/COMMENTARY
4 min. read

by Dr. Lawrence A. Joseph

A public lecture was recently given by Professor Sir Hilary Beckles, Principal and Pro Vice Chancellor of the Cave Hill Campus of the University of the West Indies. The lecture was delivered at the ballroom of the Grenada Grand Beach Hotel in Grand Anse, St. George’s in early June of this year. The subject matter of the lecture was, “Britain’s Black Debt: Reparations for Caribbean Slavery and Native Genocide”. The thrust of Sir Hilary’s presentation was that an apology and some form of compensation payment should be made to the descendants of slaves in the Caribbean by the past perpetrators of the slave trade and their beneficiaries. This form of compensation is generally referred to as reparations.

This claim for reparations has been made by several other persons and groups before. In the United States, in 1951, one Father Devine was one of the earliest leaders who argued articulately for reparations to be paid out to descendants of slaves. A number of African countries over the years have also been making claims for compensation to no avail for the loss of sizable portions of their populations. In the Caribbean, the independent states of Guyana, Antigua and Barbuda, Jamaica, Barbados and lately, St Vincent have all in separate ways made out claims for reparations.

There is no doubt that our ancestors suffered immensely during the heyday of the slave trade to the Americas and the West Indies. This trade lasted for four hundred years from the fifteenth century to the nineteenth century. Although the institution of slavery goes back for many centuries before the Atlantic slave trade, the type of slavery which was practiced in the Americas and the Caribbean was perhaps the most horrific. Despite this, it was condoned by the main Christian European countries of Britain, Portugal, France and the Netherlands. Africans were seized against their will from various parts of Africa and were herded into holding areas in Western coastal towns. They would then be bought by European seamen who would then pack them like sardines in hundreds in the holds of ships and transport them across the Atlantic Ocean, referred to as “the Middle Passage”, to the West Indies. Many millions of Africans were transported in this way and it is estimated that fifteen out of every hundred Africans died during each journey. Some of them were even thrown overboard in order for a claim for insurance money to be made.

Our ancestors were made to cultivate various plantations, worked in different mines and worked as house servants against their will without any compensation being paid to them for their labour. They were turned into slaves in strange lands and many of the European countries became rich because of this. Britain played a most prominent role in the Atlantic slave trade especially during the seventeenth century. English monarchs and other gentry, a number of banks and insurance companies fully participated and profited immensely from the trade which catered for a significant part of the British economy during the industrial revolution.

The basis of the reparations claim therefore is that because our ancestors were forced into providing free labour and were generally dehumanized on the various plantations, it amounted to a crime against humanity. As a consequence, the present day beneficiaries of the profits which arose out of the slave trade have an obligation to apologize for those atrocities and to give adequate reparations to the descendants of slaves. Only recently, the British government reached a settlement with the Mau Mau Veterans’ Association of Kenya and agreed to pay some US$31 million to that body for the atrocities which were meted out to its members during the colonial rule of Kenya in the 1950s. An expression of regret for the atrocities was also given by Foreign Secretary, William Hague.

Whilst the Kenya settlement may serve as a useful precedent, the claim for reparations to be paid to the descendants of slaves in the Caribbean is highly controversial. The question as to whether the British government would ever agree to apologize to descendants of slaves and for reparations to be given seems to be a long shot. The argument has been made that so much time has passed since slavery was abolished in 1833 that it would be impractical to identify persons who are truly descendants of slaves; that working out a suitable compensation package may prove to be a nightmare; and that slave descendants are generally better off than the present natives in Africa.

Despite all of this, the claim for an apology and reparations seems to be most reasonable. However, as suggested by Professor Beckles, it is most important that Caribbean countries join forces as a single unit to make the claim to the United Kingdom. A unified approach is highly advisable.

NOW Grenada is not responsible for the opinions, statements or media content presented by contributors. In case of abuse, click here to report.
Tags: josephlawrencelecturereparationslavetradeukuwi
Next Post 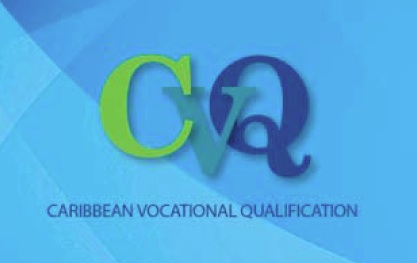